If you’re a loyal viewer of “My Yard Goes Disney” – you know that our last family saw the back of their home magically transformed into a mini-Disneyland park, complete with an “it’s a small world” façade and a life-size, spinning tea cup inspired by The Mad Tea Party.

But, every reader of the Disney Parks Blog knows that a visit to the Disneyland Resort isn’t complete without a day at Disney California Adventure … and the designers at HGTV agree that the first season of the show should be topped off with a yard inspired by that very place! 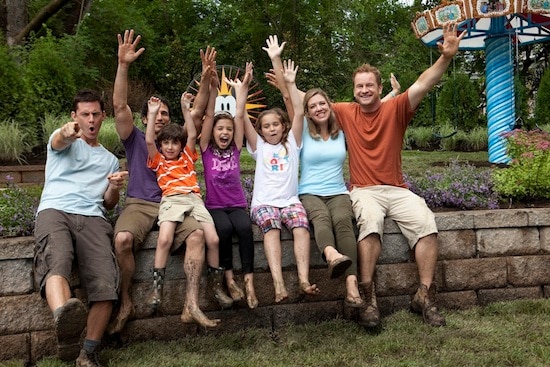 Tomorrow, you’ll meet the DeJesus family. Carlos and Meggan actually met for the first time in Orlando. As annual passholders, their favorite date was going to Epcot to watch Illuminations together. Now the parents of three energetic kids, they make frequent visits to the “Happiest Place on Earth” and Disney California Adventure has become their #1 family destination. 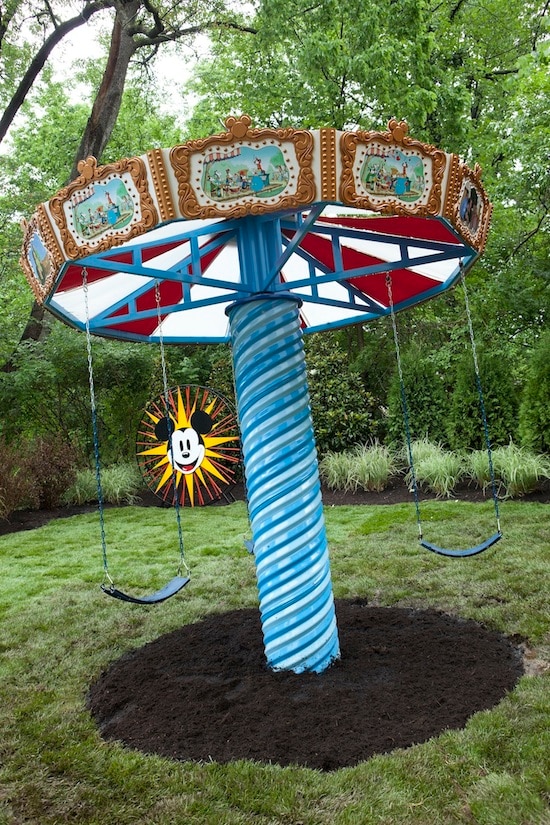 Until this point, we’ve seen some pretty incredible creations show up in these back yards. But you’re not going to believe the extraordinary replica of the Silly Symphony Swings the designers created for this family. Utilizing the original animation art that the Imagineers used to crown the attraction, it feels like the ride was magically transported to their backyard. And my “boss” makes another very bright appearance on a pretty cool replica of Mickey’s Fun Wheel, too!

This family loves getting wet, so while we briefly thought about recreating “World of Color” behind their house, we decided it wasn’t quite big enough. (Plus, can you imagine THAT water bill?) Instead, kids Bella, Luci and Carlos got their own version of the Princess Puddle Park from the Park’s A Bug’s Life Land. It’s making quite a splash with their friends and neighbors!

Here are a couple more of those “behind-the-scenes” photos you’ve written to tell us you like so much. We try to make it look effortless on the air, but it takes a big crew to pull these things off.

Tonight’s episode airs at 8 p.m. EST on HGTV. It brings us to the end of our first season of “My Yard Goes Disney.” It’s been a blast bringing you pirates, fairies, trains, Mickey Mouse-shaped pools and a whole lot more!

Our fingers are crossed for more episodes soon. In the meantime, I’m working on a number of television projects at Walt Disney World, Disneyland and Disney Cruise Line. I even have a trip set to film at our sparkling new resort, Aulani – a Disney Resort & Spa in Hawaii to tell you about. So … see you real soon!