Search July 17 as a famous historical date and the year 1955 often pops up as opening day for Disneyland park. The park’s anniversary ranks alongside prominent moments in history, such as great sports achievements and the birthdays of important political figures. Disneyland has become a cultural icon, and the park’s opening day marks a milestone in family entertainment.

This year, Disneyland celebrates its 56th anniversary on July 17. It’s a very special day for cast members as well as guests, and the resort has commemorated it over the years with a variety of slogans and salutes, with celebrations big and small. Here’s a brief look back: 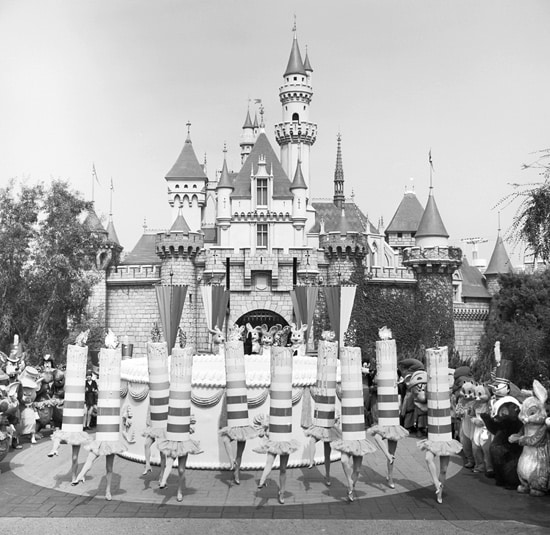 1980: “I Was There!” birthday buttons were given to guests who attended the 25-hour anniversary party. (Those buttons are now collector’s items.)

1985: “Thirty years of Magic… the Best Has Just Begun” was the theme of a new parade. A theme song thanked Mickey Mouse and Donald Duck for “30 Happy Years.”

1990: Disneyland turned 35, “proof that the good things in life get only better.” 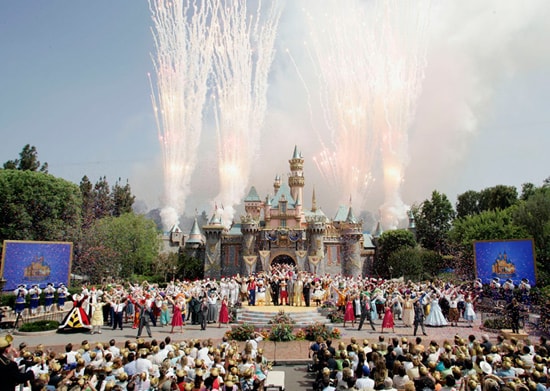 2005: “The Happiest Homecoming on Earth” paid tribute to the 50th anniversary, and the park handed out nearly 100,000 cupcakes during the huge celebration.

One of my favorite anniversary stories is from the park’s 10th Anniversary. Guests of an employee party said that Walt Disney congratulated them and offered this perspective: the first 10 years were a “dress rehearsal,” and anyone thinking about resting on their laurels could “just forget it.”

This year on July 17, a celebratory moment will be held at 2:30 p.m. to commemorate the 56th anniversary of opening day. An audio recording of Walt Disney’s original dedication speech will be heard throughout Disneyland park. Mickey Mouse, Minnie Mouse and a cast of characters will gather in Town Square to sing “Happy Birthday” to Disneyland with guests and cast members.

Were you here for any of the anniversary parties? What’s your favorite Disneyland anniversary memory?