Ear Hats Off to the Holidays at Disney Parks 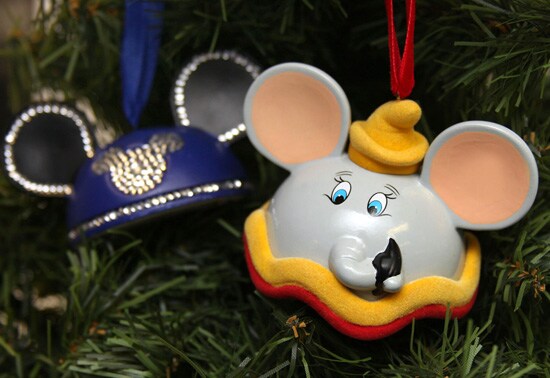 Despite living in Florida for more than a decade, I sometimes forget just how warm the summer can get. I enjoy summer, especially when I’m eating a Dole Whip on the shores of Disney’s Polynesian Resort (ah, a little daydreaming). Since the nearest Dole Whip is too far away, I made a modest attempt to cool down by speaking with Aaron Babcock, associate product developer for seasonal merchandise. In his world, things are always cool. Of his many responsibilities, Aaron spends time dreaming about the Christmas holiday season. He candidly told me that decorating his home for the holidays takes three weeks. Wow! I’m lucky if I spend three hours decorating. Aaron gave me a sneak preview of some new holiday ornaments coming in October, but first I asked why he loves the holidays. 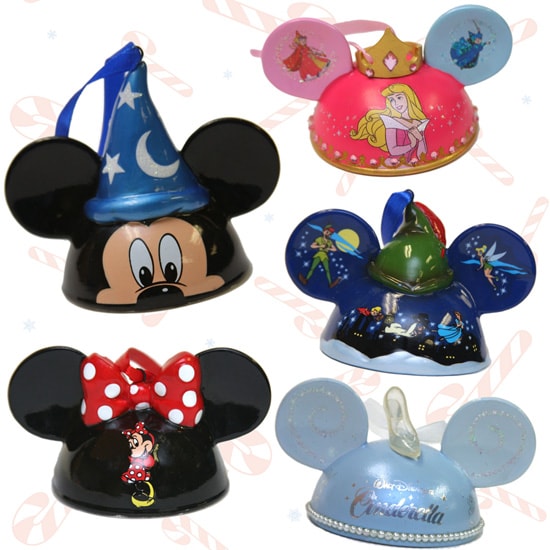 It’s easy to find Aaron’s showroom in my building; it’s decorated like it’s mid-December. Festive ornaments line the walls of the showroom including new Disney ear hat ornaments that are coming in October. As you may recall from previous Disney Parks Blog posts, the Disney ear hat is an icon at Disney Parks (who remembers their first pair of Mouse Ears?) Aaron said the idea for the ear hat ornament program started differently.

“I originally wanted to feature all kinds of Disney hats as ornaments,” continued Aaron. “During creative reviews with the development team and leadership, we decided to focus on the ear hat only. The shape has such potential and we realized we could have a lot of fun with it.”

Aaron understands the power of a blank canvas; he was instrumental in launching Vinylmation back in November 2008. He also said that some of the ear hats will be open edition (such as the wedding-themed hats). Other hats may be limited edition with an occasional hat sold exclusively via the Disney Parks on-line store.

With the focus narrowed, Aaron turned to Disney Design Group artists to create their magic. While some artwork was inspired by existing Disney ear hats, Aaron said a lot of it will be unique. I spoke with character artist Costa Alavezos, who has been creating artwork for seasonal merchandise for about 14 years! He said the trick to my favorite ornament, Dumbo, was finding icons to tell classic story on a three-inch ear hat. 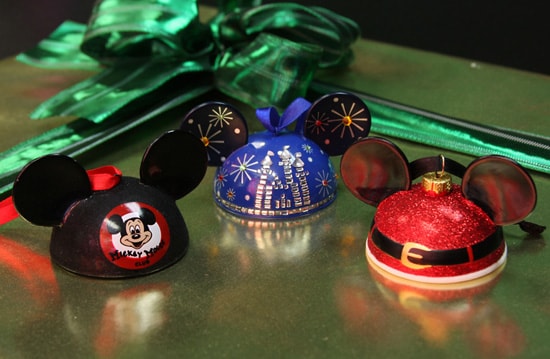 “I’ve drawn Dumbo for years,” explained Costa. “Besides his eyes, trunk and ears, I used his hat and the black feather which Dumbo holds while flying. Both items are iconic and help tell Dumbo’s story. I like how the sculpted elements turned out on the ornament. We are pushing design boundaries with each of the ear hat ornaments. I hope they will make someone smile this holiday season.”