We’re busy putting the finishing touches on all of the incredible experiences guests will immerse themselves in at D23 Expo 2011, and Walt Disney Parks and Resorts just announced an out-of-this-(Disney)-world line-up!

Attendees to the Expo, from August 19–21 at the Anaheim Convention Center, just across the street from Disneyland Resort, will be able to visit the “Carousel of Projects,” a pavilion that pays loving homage to a favorite classic Disney Parks attraction: “Carousel of Progress.” Inside, guests will get a sneak peek at what’s in store for Disney’s five resorts around the world, as well as what’s next from Disney Cruise Line, Disney Vacation Club and more. There will be figures, props and ride vehicles from Radiator Springs Racers – plus a look behind the scenes and the creation of Cars Land, as well as concepts, models and plans for the tremendous expansion of Fantasyland at the Magic Kingdom park at Walt Disney World Resort. 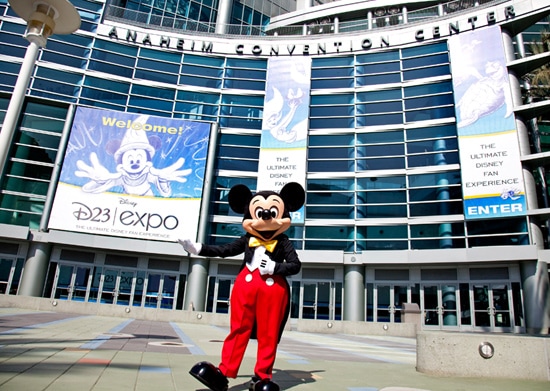 Walt Disney Parks and Resorts Chairman Tom Staggs will offer guests a glimpse at some of the biggest projects currently in development at Disney Parks (along with a few surprises!) during his presentation on Friday, Aug. 19. And there will be a slew of other must-see presentations and panels throughout the weekend that park enthusiasts of all ages are sure to enjoy, including Radiator Springs Reality: Imagineering Cars Land for Disney California Adventure with John Lasseter, The Making of Star Tours – The Adventures Continue hosted by Imagineer Tom Fitzgerald, A Good Look at Buena Vista Street (giving guests a closer look at the new entrance to Disney California Adventure park), Imagineering the Dream and the Fantasy, and Legends of Walt Disney Imagineering (a spectacular gathering of talent including Alice Davis, Orlando Ferrante, Bob Gurr and Don Iwerks, with special guest and current Imagineer Kim Irvine, daughter of Disney Legend Leota Toombs – hosted by Disney Legend Marty Sklar).

There’s much more magic in store for guests at the Expo, including the previously announced Disney Legends Ceremony, Treasures of the Walt Disney Archives 12,000-square-foot exhibit, an advance exclusive screening of “The Lion King” in 3D, the D23 Expo Dream Store, the Ultimate Disney Trivia Tournament, the D23 Expo Live Auction – plus Disney and ABC stars and much more. To learn more about all the excitement coming to Anaheim this August, visit D23Expo.com.