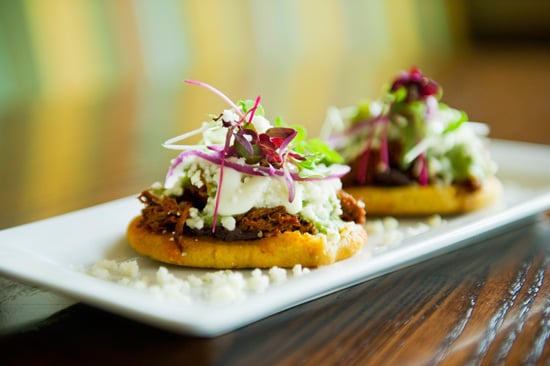 White tablecloths add a new casual elegance to the classic restaurant – the round tables are gone, replaced with long tables. New chairs, new flatware and pretty china all are inspired by the original San Angel Inn in Mexico City, according to Richard Debler, president of San Angel Inn, LLC.

We recently joined Richard and Epcot Executive Chef Jens Dahlmann for lunch in the spruced up space – a beautiful setting overlooking the water and passing boats in the pavilion’s ride-through attraction.

“It’s still a work in progress,” Richard said. They plan to add vintage photos that showcase the history of the San Angel Inn in Mexico City, which was owned for decades by his family and is still a busy restaurant. (The original dates back to 1692 and has hosted legions of famous diners.) 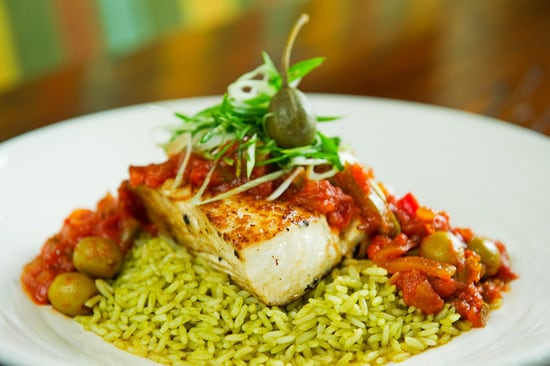 “Our guests are looking for authentic tastes,“ says Jens. “We haven’t toned down the true Mexican flavors.”

If you usually sacrifice desserts in a Mexican restaurant – don’t skip here. The elegant sweets are all new, and the one you don’t want to miss is crepas de cajeta, warm crepes with caramel sauce and topped with toasted almonds.

“We’ve created a restaurant that’s a little quieter, relaxing…a place to chill out from the heat and decompress,” says Richard.