I’ve learned that having children means watching the same television shows again and again (thank you, DVR). There is one show, however, that I don’t mind watching as many times as possible. It’s “Phineas and Ferb” and my DVR is filled with episodes. It’s the kind of show that I can enjoy with my children (lots of laughter in the Miller suite when it’s on). My fellow authors Jennifer Fickley-Baker and Erin Glover recently discussed new entertainment experiences at Walt Disney World Resort and Disneyland Resort, respectively, featuring these Disney Channel stars. I have good news for those who have been looking for merchandise (like they were looking for Perry); there are several new “Phineas and Ferb” items arriving at Disney Parks in the coming months.

I recently spoke with Rachel Phelps, product developer and softlines champion for “Phineas and Ferb,” about some of these items. 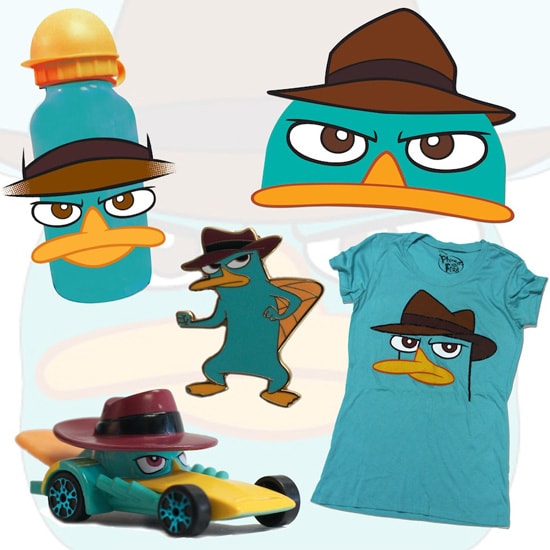 “’Phineas and Ferb’ has become such a hit, and we know fans of the show are looking for merchandise when visiting Disney Parks,” explained Rachel. “As the softlines champion, I work with the various product developers in the softlines division to gather information about new items. I’m currently working on new T-shirts for kids that will be arriving in the next two months. Yet they are just some of many new items coming from a variety of categories.” 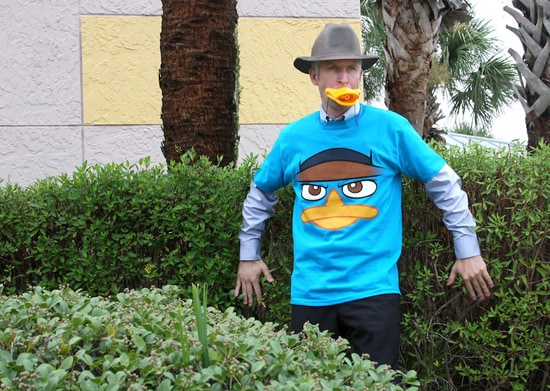 One thing I noticed is the number of Agent P items currently in development. He is featured on many things including shirts for ladies and men (coming in early August); an individual Disney pin and a foam novelty hat (both arriving in November); and even a water bottle. Back in April, I shared artwork for a new Disney Racer featuring this “semi-aquatic, egg-laying mammal of action.” Cody Hampton, associate product developer for Toys, shared with me the first sample of the toy for this article (pictured above). The Disney Racer will arrive in late fall this year. After seeing all of the Agent P merchandise, I couldn’t resist channeling my inner secret agent. As a secret agent, there is one mission I know I will be completing on Aug. 5. That is the day the new original movie – “Phineas and Ferb Across the 2nd Dimension” will debut on Disney Channel.

Do you have a favorite episode? I like the one when Phineas and Ferb build something incredibly awesome then almost get caught by their jealous sister Candace. I guess that is all of them.