There has been a lot of talk about royal visits here in Southern California lately, so it feels like the perfect time to open the vault and take a look back at royals visiting Disneyland park through the years. There have been many photos taken in the last 56 years of various kings, queens, princes and princesses, and here are some of the most interesting – some of them being shared for the very first time. 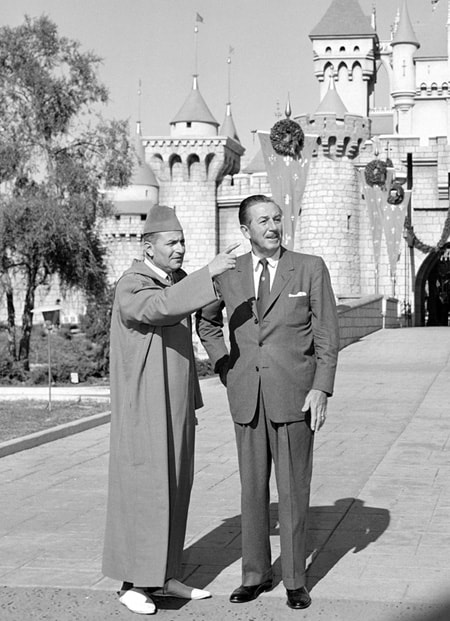 One of the first heads of state to visit us was Mohammed V, King of Morocco, in 1957, shown here with Walt Disney at Sleeping Beauty Castle. 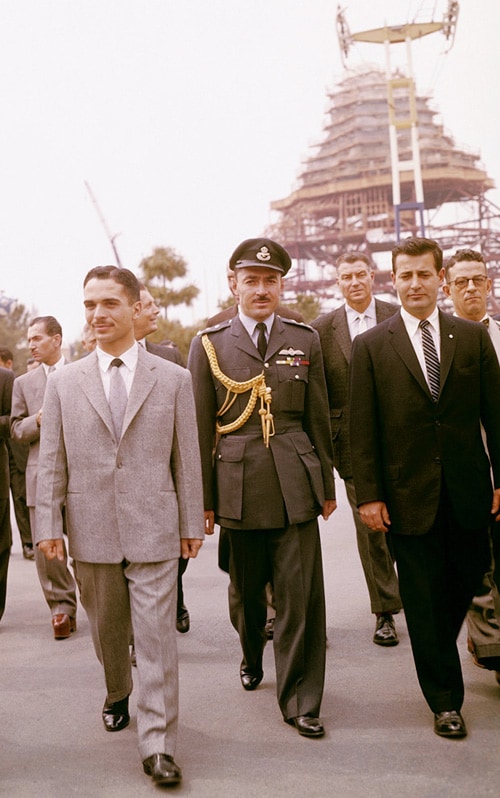 In 1959, King Hussein of Jordan made his first visit to Disneyland park. He’s shown here touring Tomorrowland, and yes, that is the Matterhorn Bobsleds taking shape behind him. He returned to the park decades later with his wife, the American-born Queen Noor and their son, Prince Hamzah. 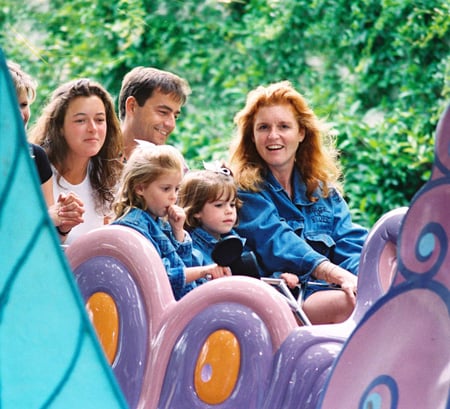 Fast-forward to 1995 when Sarah, Duchess of York, took Princess Beatrice and Princess Eugenia on Alice in Wonderland. 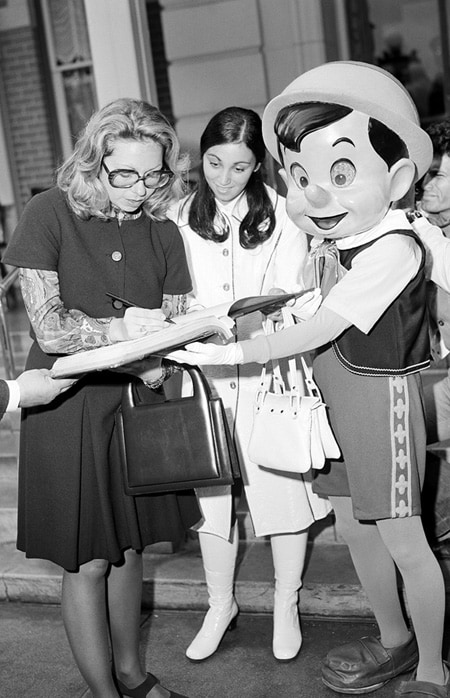 Princess Christina of Sweden stopped at City Hall to sign our guest book with a little help from Pinocchio during a 1972 visit. 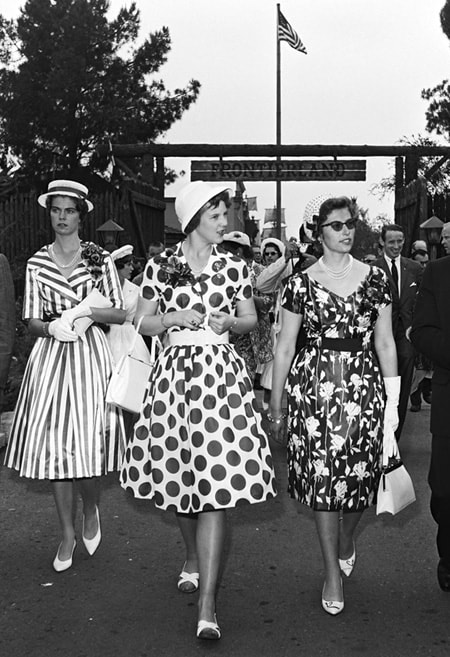 Princess Margrethe of Denmark, pictured here (center) outside Frontierland, came to see us in 1960. She ascended the throne as the first female Danish sovereign 12 years later, and she reigns as Queen Margrethe II of Denmark to this day. 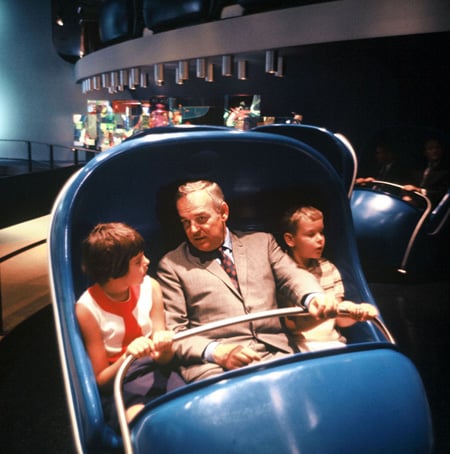 Finally, a personal favorite of mine shows Rainier III, Prince of Monaco, riding our newest attraction at the time, Adventure Through Inner Space with his children, Princess Caroline and the recently-wed Prince Albert, in 1967.