Our readers sure are sharp and observant! In my recent post about the Burl Ives character, Osh Popham, represented as the proprietor of the Emporium on Main Street, U.S.A., “Stephen” asked whether The Chapeau also had references to Walt Disney’s “Summer Magic” as well.

I never noticed these, but that’s what makes Disney Parks such an infinite source of delightful new discoveries on how our Imagineers go out of their way to create an infinite plethora of meticulous details – and truly set the Disney Parks experience apart from anything else. 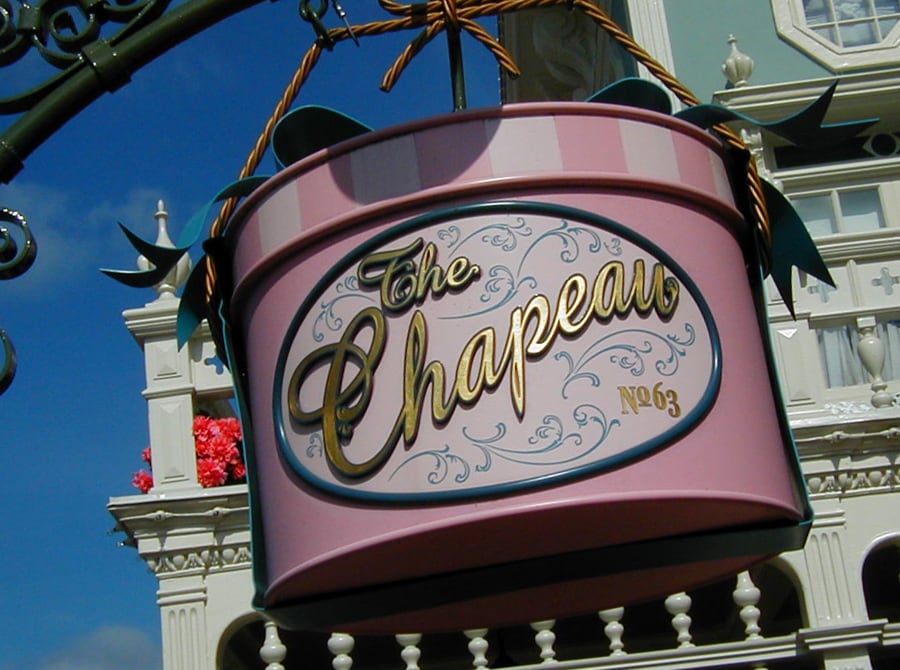 Indeed, I found two subtle references. The Chapeau sign says “No. 63,” which was the year of “Summer Magic’s” theatrical release. Inside, the framed print of two ladies is a subtle nod to Nancy Carey (Hayley Mills’ character) and Cousin Julia (played by Deborah Walley).

As for nods to other Disney films, while I was exploring I noticed a window next to The Chapeau that was a literal wonderland. It’s a merchandise display that could have come from one of the dreams of those of us who ever wondered what it was like to travel down the rabbit hole like Alice. (Surely you’ve had these dreams, right? Oh well, maybe it’s just me.) 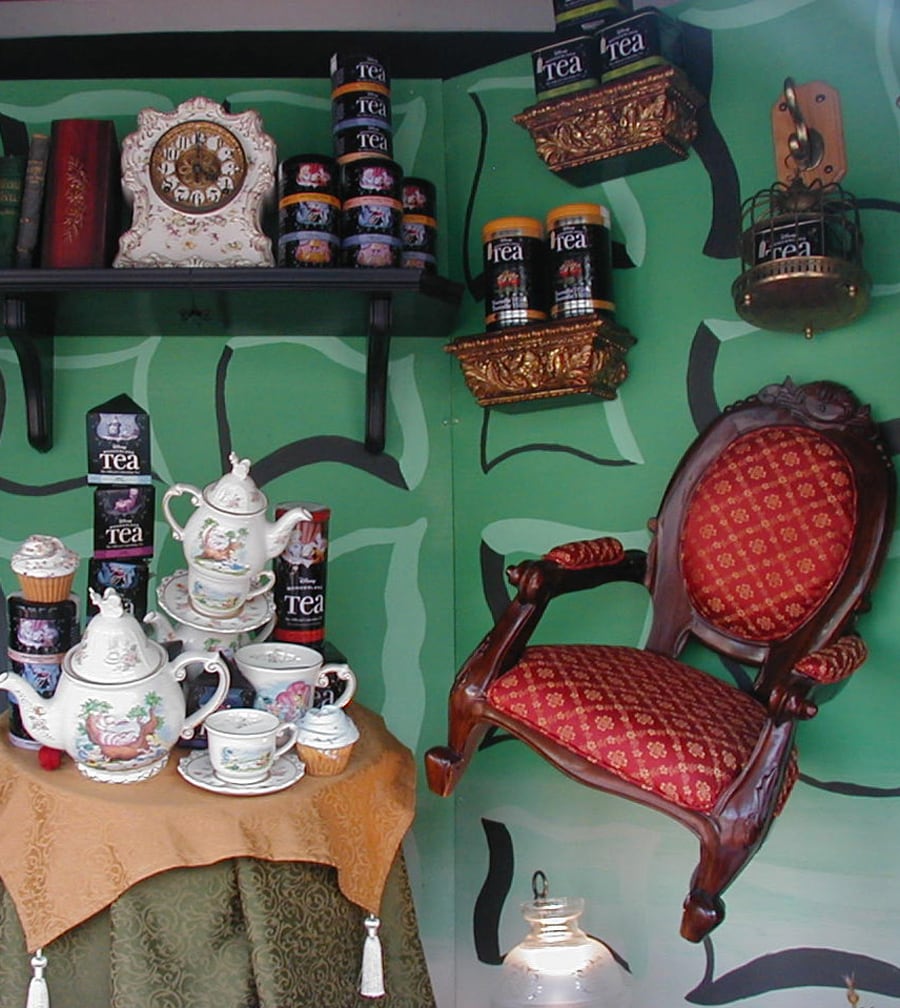 Against a pattern of Mary Blair-inspired right angles suggesting wall panels, our clever and crafty display folks have really done Lewis Carroll and Walt Disney proud. This is a completely wacky creation with illogical shelves, chairs, books, odd hands holding various objects, a little tray with a certain pair of gloves and watch, and a delightful tea service featuring our Wonderland Tea products.

Wonderland Tea has become one of the most popular of the Disney Parks offerings, even getting raves on specialty tea websites. If you haven’t seen the packages, take a good look on your next visit. Each of the little boxes is adorned with gorgeous artwork and adorable phrases that are a treasure trove of tributes to the Walt Disney animated classic.