Today in Disney History: The Twilight Zone Tower of Terror Scares Up A Crowd

Today I get to celebrate the anniversary of one of my favorite attractions – The Twilight Zone Tower of Terror at Disney’s Hollywood Studios, which opened July 22, 1994. 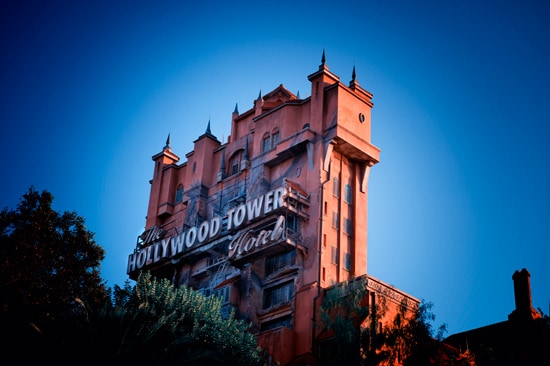 The attraction’s storyline is this: On Halloween night in 1939, a thundering storm descended on Hollywood hills, trapping several guests in the lobby of the star-studded Hollywood Tower Hotel. A party of five entered the elevator – a couple, a bellman, a child actress and her governess – and with one crack of lightning, each of them vanished. Now, on a night “much like this,” guests are welcome to follow in their footsteps and take a ride in a service elevator that leads “directly to … The Twilight Zone.” In honor of the attraction’s anniversary, Photographer Gene Duncan explored some of the details in the lobby of the Hollywood Tower Hotel up close – many of which were acquired by Walt Disney Imagineering at Hollywood auction houses.

Here’s a look at what he found. 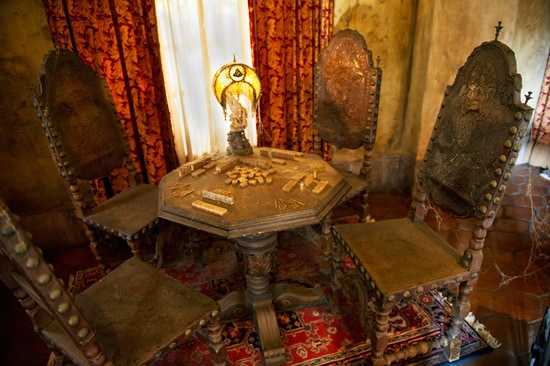 Oh, the stories these chairs have to tell! They’re actually authentic antiques that date back to the Renaissance. (Similar sets can be found at the Metropolitan Museum in New York and the Victoria and Albert Museum in London). Several French bronze statues can be seen throughout the lobby, including a few fashioned by the famous 19th-century artist Moreau. His work ornamented many luxury hotels during the Golden Age of Hollywood. 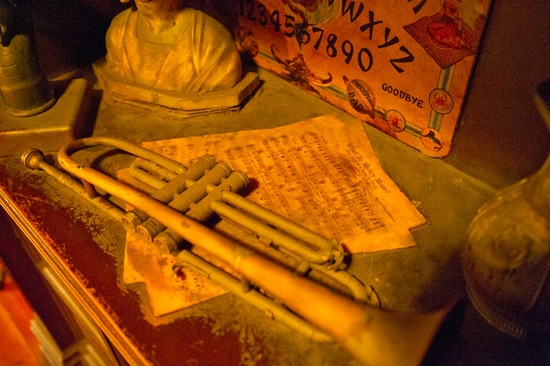 If you look closely, the sheet music under this trumpet is actually a copy of “What! No Mickey Mouse? (What Kind of Party Is This?),” which was composed by Irving Caesar in 1932.

Got goose bumps yet? Here are some additional shots.

Likes (1)
Share Today in Disney History: The Twilight Zone Tower of Terror Scares Up A Crowd