Before Mickey and the PhilharMagic Orchestra took up residence in the Fantasyland Concert Hall at Magic Kingdom Park, an entire Pride Land of characters inhabited the space in the form of Legend of the Lion King, which debuted at the park July 8, 1994. 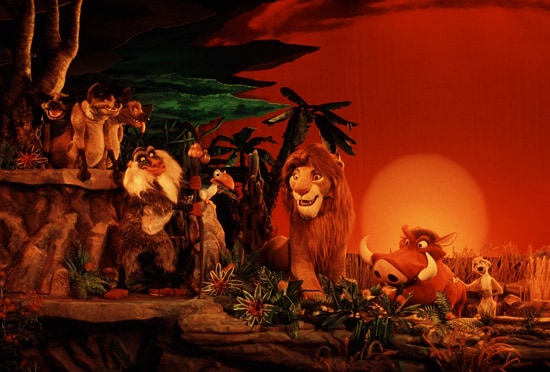 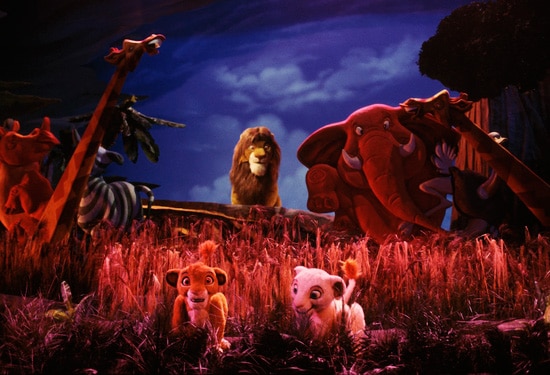 The stage for Legend of the Lion King was 125-feet wide, and was actually bigger than the seating area in order to permit the use of giant sets, including an 18-foot Pride Rock that rose from below the stage.

Today, all of the songs and pageantry of “The Lion King” still live on at Disney’s Animal Kingdom Theme Park where “Festival of the Lion King” is performed daily at Camp Minnie-Mickey.