What If Disneyland Was In Your Backyard?

If you’re a regular reader of the Disney Parks Blog, you know I was recently filming a new episode of “My Yard Goes Disney” across the country at the Happiest Place on Earth! 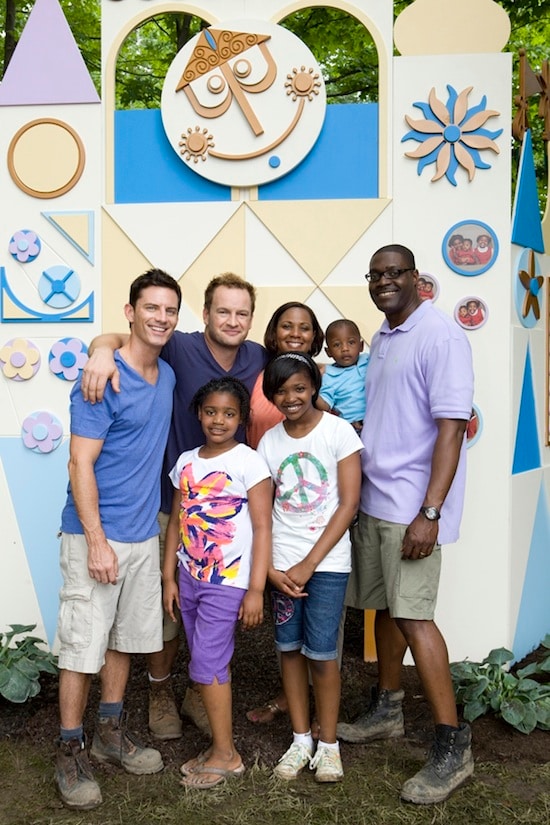 Tonight’s episode features the Williams family: Larry and Maronica have three amazing kids – Zuri, Zoe and 16-month-old L.G. – and Disney is a big part of their lives. They’re frequent visitors to both Disneyland Resort and Walt Disney World, and recently the family took their first Disney Cruise!

Maronica has a Disney memory that really struck a chord with the HGTV Designers: Larry’s first ride on Mad Tea Party with Zuri and Zoe. This inspired the team to create a one-of-a-kind Tea Cup – and, yes, it spins – for their yard. (In fact, “Alice in Wonderland” touches appear throughout. I keep expecting to see the White Rabbit pop out from behind their brand new landscaping!)

Another family favorite is the “it’s a small world” attraction. You’ll be amazed at how the designers created the attraction’s iconic façade in their backyard – and it even has moving parts just like the original! 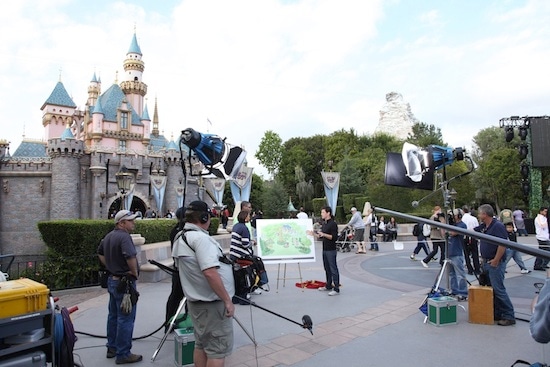 Have you seen us filming a television show while at a Disney park? If not, it can be quite a production (pun intended)! I thought you might like a glimpse of what it takes, so here’s a behind-the-scenes photo when we were shooting this very episode in front of Sleeping Beauty Castle.

I hope you’ll tune in to HGTV tonight at 8 p.m. to meet the Williams family, before you head out to enjoy fireworks. Whatever your plans are, happy Fourth of July!

Likes (0)
Share What If Disneyland Was In Your Backyard?

Destinations: What If Disneyland Was In Your Backyard?