A Tribute to Betty Taylor & Wally Boag at Disneyland Park Yesterday at Disneyland park, we held a special celebration to remember two Disney Legends who we recently lost – Wally Boag and Betty Taylor.

This salute to “The True Legends of the Golden Horseshoe” kicked off with song and dance from the iconic show. Next, Walt Disney Parks and Resorts Chairman Tom Staggs took the stage to pay tribute to these legendary entertainers. 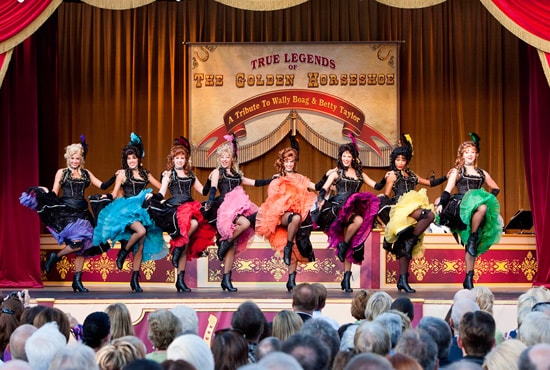 The show continued with songs, dancing and tributes to the lives and careers of Wally Boag and Betty Taylor – complete with some of the most-loved Golden Horseshoe performances and footage of classic performances by these Disney Legends. Video messages from Steve Martin and Walt Disney’s daughter, Diane Disney Miller, showed the widespread impact of the magical performances Wally and Betty gave throughout their many years at Disneyland. 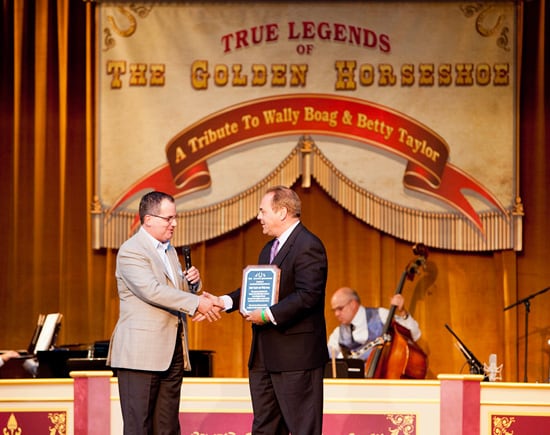 Also during the evening event, Disneyland Resort President George A. Kalogridis joined Ralph Opacic, Executive Director of the Orange County High School of the Arts, to present the school with a $10,000 donation in honor of Wally Boag and Betty Taylor.

“We’re pleased that we are able to help encourage the education and future of young performers and artists in our community,” Kalogridis said, “and we’re very proud of the role your school plays in creating a nurturing and educational environment for the young people of today.”

He then unveiled a new playbill that is to be posted inside the Golden Horseshoe, that as George said, “will forever pay tribute to their legendary roles.”