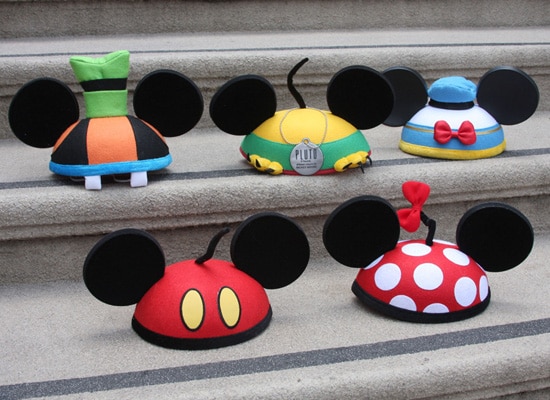 Do you remember your first Disney Ear Hat? My first ear hat was royal blue with my name embroidered in yellow on the back. I got it during my first trip to Florida in the early 1980s. The classic Mickey Mouse ear hat has evolved over the years since it was seen on “The Mickey Mouse Club” television show in the 1950s. I’m excited to share that Disney Ear Hats is soon to receive a whole helping of awesomeness with the introduction of hats inspired by classic characters. This will be one of the largest introductions of new ear hat styles at one time. I shared a first look at the one of these hats – Figment – this past May. Most of the remaining character hats will arrive in early-September at Disneyland Resort and Walt Disney World Resort; they will be sold via the Disney Parks Online Store in October. I visited Mark Seppala, Disney Design Group artist and recent Walt Disney Legacy Award recipient for Disney Theme Park Merchandise, to learn about the evolution of these new hats. 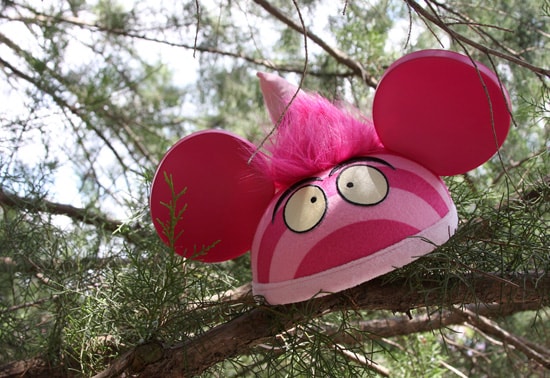 “We started with a simple question,” explained Mark. “We wondered what a character would look like if it was reduced to its DNA. Each character has a unique color pallet and shape which later became the basis for design. If you were 10 or 20 feet away from the hat, you would immediately recognize a certain character.”

The first generation of this hat was introduced several years ago and featured Mickey Mouse’s red pants, yellow buttons and mouse tail. Megan Kachur, Product Developer for Ear Hats, said this hat was part of the “Best of Mickey” program. 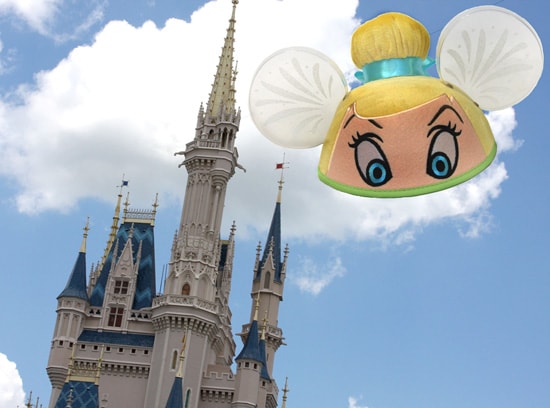 “The ‘Best of Mickey’ hat became the model for the other classic character hats,” said Megan. “Each of the Fab Five hats, such as Minnie Mouse or Goofy, contains common features like bold colors, character icons, elegant fabric and a velour trim. I think Pluto is adorable, yet I also think the Donald Duck hat is fun because of his tail feathers.”

I think my favorite hat is Dumbo. I had some fun photographing these hats at Magic Kingdom Park and Disney’s Hollywood Studios during one summer afternoon. I asked Megan why some hats had faces. 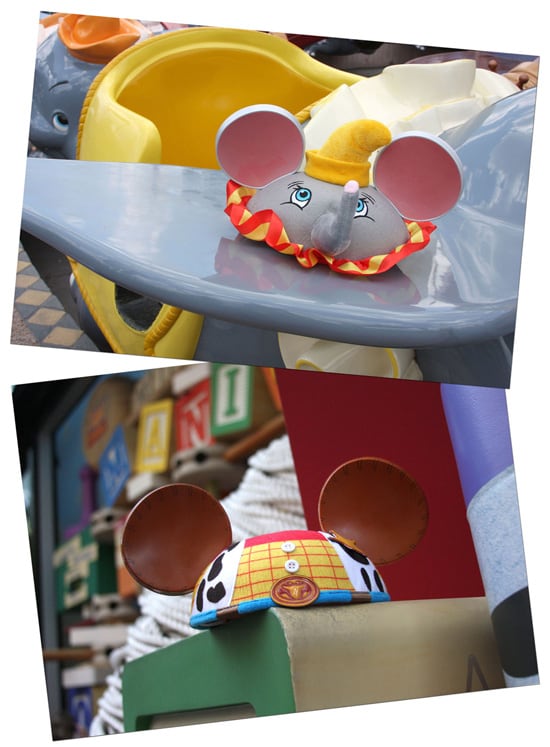 “Mark drew two different versions of the hats, one with eyes and one without,” continued Megan. “Eyes were kept for Dumbo, Tinker Bell and Cheshire Cat as they looked better with the face. We specifically kept Dumbo’s eyes as they are essential to his character design. We felt Woody was far more interesting with colors and shapes.”

Megan said that additional hats will arrive later this fall including Cinderella (complete with “glass” slipper) and an update to the Jack Skellington hat. Megan also told me she worked closely with the operations team at The Chapeau in Magic Kingdom Park to ensure the hats could have embroidery added.

“Getting a personalized ear hat is like a rite of passage at Disney,” laughed Megan. “It was critical to make these new hats embroidery friendly. I can’t wait to see them on guests this coming fall!”

Can’t get enough of Disney Parks’ Ear Hats? See more in the posts below: