We are reaching another major milestone in the ongoing expansion of Disney California Adventure park. On Monday, August 29, the Sunshine Plaza area will close to allow crews to start the transformation of the current park entry into Buena Vista Street, reminiscent of what Walt Disney encountered when he first arrived in California in the 1920s.

While the shops will close to make way for Buena Vista Street, guests will continue to enter the park through the new Pan-Pacific Auditorium-inspired turnstiles and follow a temporary walkway which will feature renderings of the future Disney California Adventure park and connect the turnstiles with the Condor Flats area. This area will be the temporary entrance and exit for guests during the transformation of the former main entrance stores to Buena Vista Street.

This entry and exit location will remain in place until Buena Vista Street opens in 2012. To see what’s in store when this area opens, take a look at the renderings below, which were shown this past weekend at the Disney D23 Expo in Anaheim. 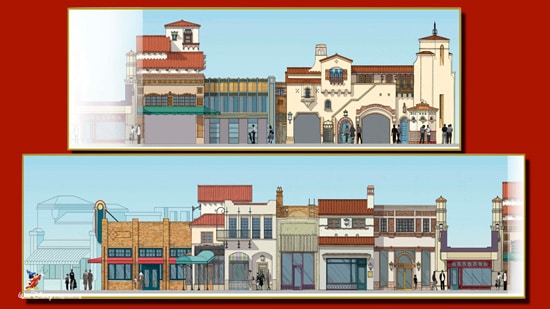 The rendering above shows the west side of Buena Vista Street, including the restroom area in the top image. 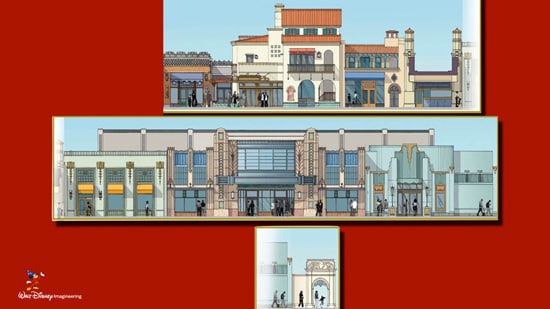 The next rendering shows the east side of the street. In the center image you can see the new merchandise location, Elias & Co., rising above the other buildings.