Extra magic was at play before sunrise at the Magic Kingdom during most of July as hundreds of Disney Cast Members hit the Rivers of America with paddles in hand to partake in some spirited competition. 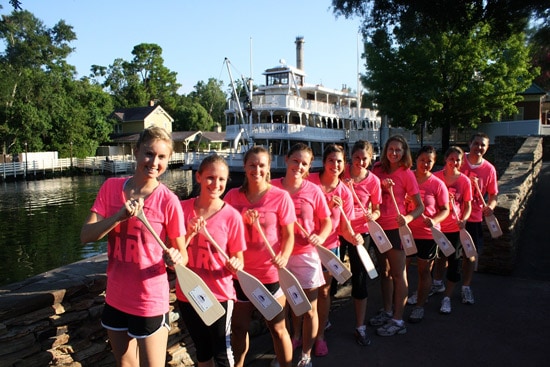 Canoe Races of the World, or C.R.O.W., is a beloved annual Cast Member event that dates back to 1973 at Walt Disney World and 1963 at Disneyland.

This year, a total of 82 teams (each with 10 members) competed in pre-dawn races.

Amid shouts of “ROW, ROW, ROW,” the teams put their strength behind the oars to earn the fastest times around Tom Sawyer’s Island. The best times clock in at around five minutes. Click the video to see highlights.

This Disney tradition fosters some fierce rivalry, but Cast Members say it’s really all in good fun as it boosts camaraderie among co-workers. 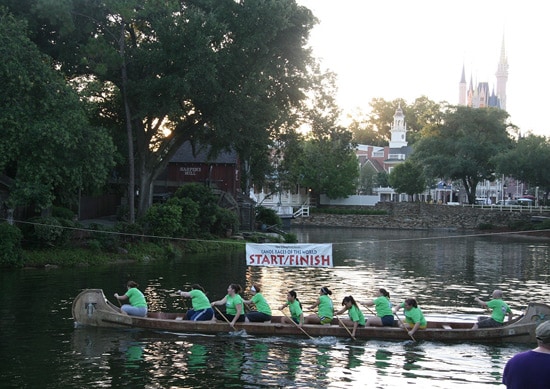 Congratulations to this year’s grand champion, the IE Oars 3, which team captain Scott Hall claims is their first-ever victory.