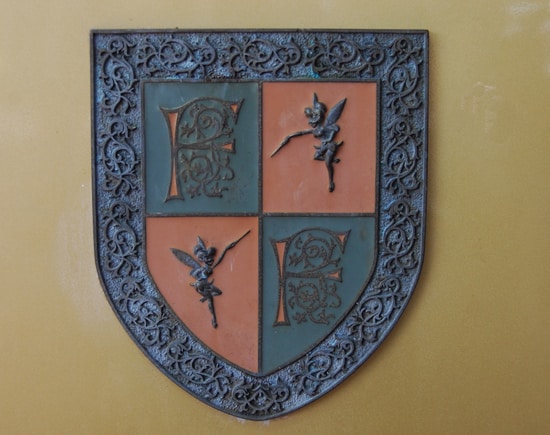 Far from generic receptacles for refuse, Disney Parks trash cans and recycling bins are uniquely themed to support the immersive storytelling environments in which they live. They’re so well themed, in fact, that we think astute guests can identify their location simply by inspecting a photograph of their design.

We’ve shot a wide range of (literally) trashy photos at the Disneyland and Walt Disney World Resorts to put this theory to the test with a new game we’re calling “Trash Talk.” Our Disney Vacation Club Facebook page is scheduled to engage fans in this game about twice a month on “Trash Talk Tuesdays,” and we’re thrilled to extend the challenge periodically on the Disney Parks Blog.

Here’s today’s challenge. Where in a Disney park can you find this trash can?

ANSWER:
This trash can is part of Fantasyland at Magic Kingdom Park in Walt Disney World. Did you get it right? Be sure to check back in the coming weeks as we continue the series!