What better way to celebrate today’s official reopening of Walt Disney’s Enchanted Tiki Room at Magic Kingdom Park than by taking a behind-the-scenes look at the attraction, courtesy of Walt Disney Imagineering (WDI). 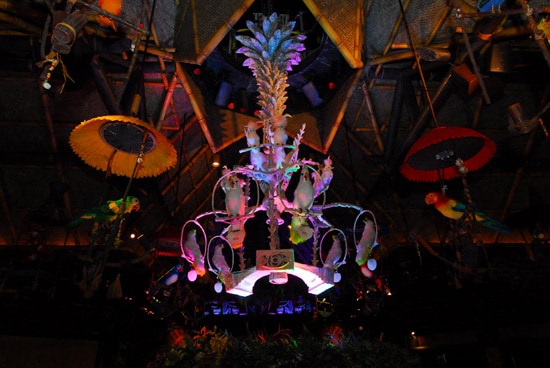 In the video below, Imagineers Eric Jacobson, Dave Hoffman, Eric Swapp and others offer a look at what’s new at this Adventureland attraction and also share their thoughts on what has kept it a guest favorite over the years.

The attraction, which originally debuted at Magic Kingdom Park as The Tropical Serenade in 1971, was one of the first attractions to ever prominently feature Audio-Animatronics figures as the stars of the show. This latest reimagined version can be described as a tribute to the original show with enhancements that include re-mastered audio, new lighting and the debut of an elaborate new centerpiece.

Is it me, or have these birds gotten brighter and more beautiful since the last time we saw them? See for yourself in the gallery below.