Josés of a Different Feather

The upcoming opening of Walt Disney’s Enchanted Tiki Room in Adventureland of Magic Kingdom (scheduled for August 15) got me thinking about one of the four wisecracking, crooning parrots that will host the show — José. 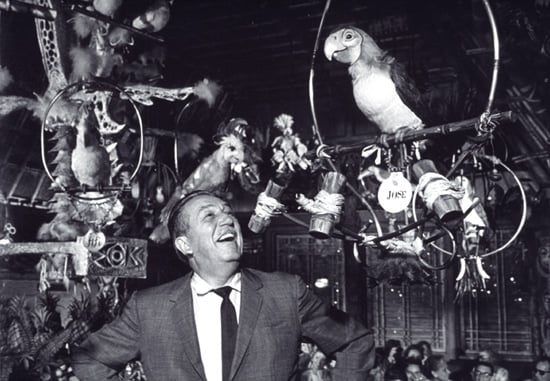 I wondered if José is an Audio-Animatronics manifestation of José Carioca from the 1944 film The Three Caballeros. None other than Disney Legend Dave Smith has answered that question: “No!” The two Josés aren’t even the same species. José in the Tiki Room is a macaw while José Carioca is a Brazilian parrot.

None other than Disney Legend Wally Boag gave voice to Tiki Bird José. Wally, who recently passed away, blasted audiences with squirt guns, spit out a mouthful of “teeth,” and sculpted whimsical animals out of colorful balloons five days a week, three times a day, for nearly 27 years at the Golden Horseshoe Revue in Disneyland park.

As for José Carioca: He’s currently entertaining guests at Epcot in Gran Fiesta Tour Starring The Three Caballeros in the Mexico Pavilion.

Which gets me to wondering: Just how many birds are there entertaining guests in the Disney Parks? Well, let’s see …