How many times have you been on a Disney Parks attraction and said, “Hey, that guy looks familiar!” or “I recognize her voice”? We love how Imagineers seamlessly work celebrities into some of our favorite attractions. It can add additional layers to the storytelling as well as the enjoyment a guest experiences when they have the “Ah ha!” moment of, “Hey, that’s Jamie Lee Curtis playing against Ellen DeGeneres on ‘Jeopardy!’” 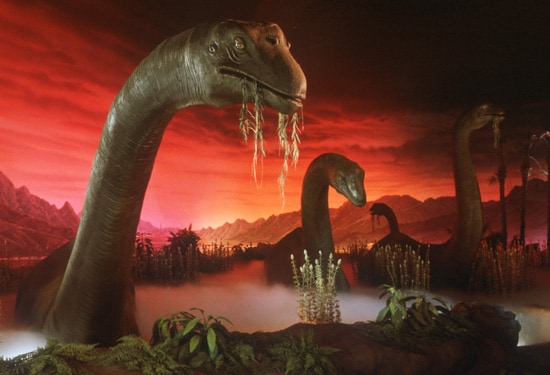 To celebrate the new issue of Disney twenty-three magazine in honor of Walt Disney World Resort’s 40th anniversary, D23 chatted with some of the incredible talent who appear on and in attractions around the Orlando resort. Currently featured on the D23 website is Illeana Douglas (Ghost World, Goodfellas, Cape Fear), who plays the hilarious rock band manager on Rock ‘n’ Roller Coaster Starring Aerosmith. She told us she was shocked when she was asked to be a part of the high-speed attraction. “At first I thought it was a joke,” she said. “Growing up, Aerosmith was my favorite band ever!” 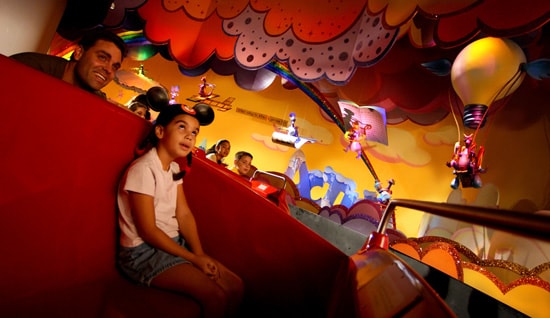 We also chatted with Eric Idle who contributed his talents to two Epcot attractions (Journey into Imagination With Figment and Honey I Shrunk the Audience), who is thrilled to a part of Disney history. “I love being able to appear fifteen times a day without having to turn up!” he joked.

Coming up this week we have exclusive interviews with two other big-name talents, including an actress who experienced an Alien Encounter and an actor who sent guests careening into space by giving voice to a lovable robot. We’ll finish up the series with a round up of stories and quotes from a dozen other stars (including a mischievous pirate, a chief flight attendant and lovable bug)! You’ll be able to find them all on the D23 website.