The Wonderful World of Disney Parks and Resorts with Tom Staggs 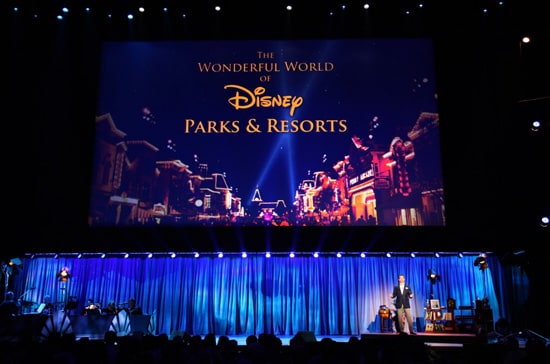 Tom Staggs, Chairman, Walt Disney Parks and Resorts, just finished his presentation to Disney fans at D23 Expo in Anaheim, Calif. He took us on a tour through the wonderful world of Walt Disney Parks and Resorts, including a behind-the-scenes peek at the Magic Kingdom Fantasyland expansion at Walt Disney World Resort, new renderings of the Enchanted Storybook Castle at Shanghai Disneyland and the 1920s transformation of Buena Vista Street at Disney California Adventure. 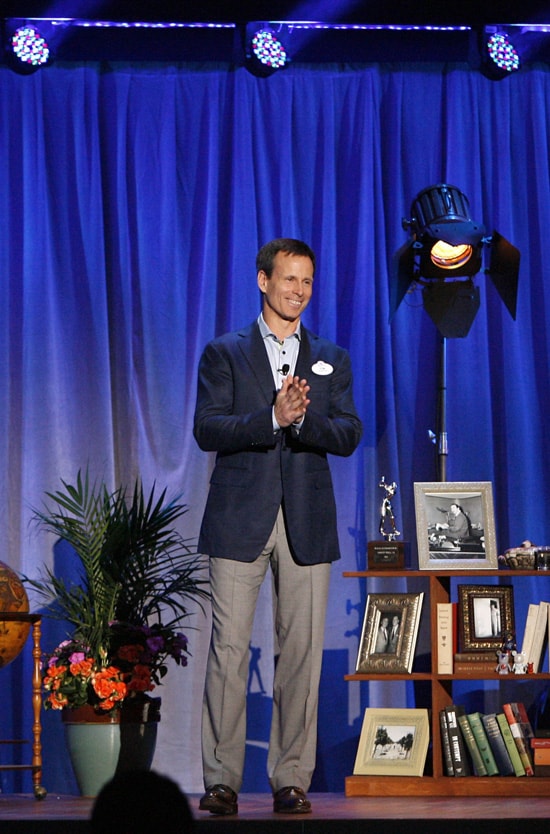 We also got a special look at Aulani that included a group of keiki dancers singing and dancing in authentic costumes, an update from Kathy Mangum, Executive Producer, Walt Disney Imagineering, on the progress of the Cars Land construction at Disney California Adventure park and the addition of Fantasy Faire at Disneyland park, which is a re-imagination of the Carnation Plaza Gardens area.

Walt promised guests Disneyland would never be complete and today Tom showed us that Disney Imagineers have followed in Walt’s footsteps as they continue to evolve our parks with new characters, stories, attractions, entertainment and other immersive experiences.

Follow @D23Expo on Twitter for more live updates from all areas of The Walt Disney Company at the expo all weekend.