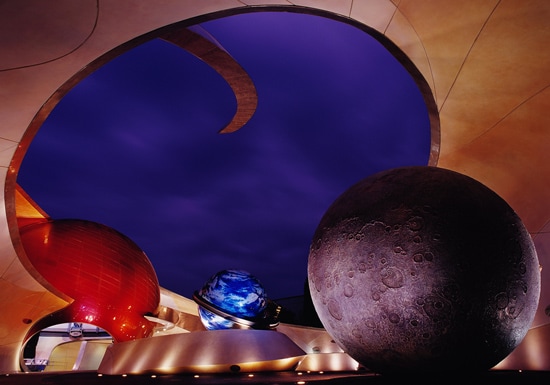 In this attraction, guests head to the International Space Training Center (ISTC) where they become trainees in a simulation exercise for an upcoming space flight to Mars.

The pre-show is narrated by actor Gary Sinise (“Apollo 13”), who assigns new trainees a specific role to play in the mission, including the parts of navigator, pilot, commander and engineer. Teams then board their simulator and experience the thrill of a countdown and blast off, then work together to control the craft as it rockets around the moon, experiences a period of hypersleep and lands on the Red Planet.

The attraction uses a multiple-arm centrifuge to simulate the illusion of speed and strong gravitational forces. As an astronaut in training, you are given the choice to be a part of the Orange Team or the Green Team. For guests who are sensitive to strong motion, they may choose to join the Green Team for a gentler experience.

So which team do you join? The Orange Team or the Green Team?