“Make it a stretch; in fact make it a super stretch.” Sound familiar? While fans of Rock ‘n Roller Coaster – Starring Aerosmith know a super-stretch limo is the transportation of choice aboard the attraction, you may not know it wasn’t the first super-stretch limo to hit Disney’s Hollywood Studios. Did you know that the Big Cheese also had a limo of his own? Take a look at this beauty. 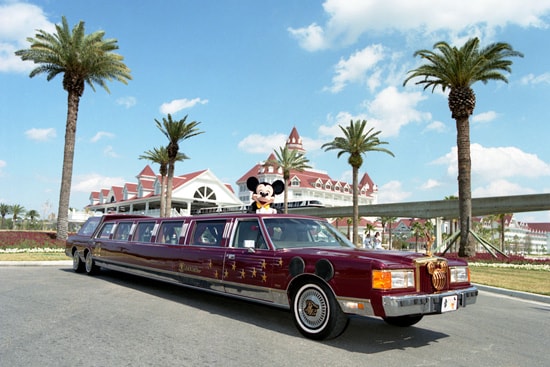 That’s the one-and-only 40-foot LiMOUSEine that Mickey Mouse rode in style while on a 37-city tour promoting the opening of the Disney-MGM Studios (now Disney’s Hollywood Studios). And what a sweet ride it was (that picture doesn’t do it justice!). Here are some of the LiMOUSEine’s features: Four cellular phones, a radio remote DJ booth, two Sony TVs with VCRs, and four sunroofs. But, the crown gem has to be that hood ornament: a 24-karat gold-plated Tinker Bell. That’s a lot of pixie dust! 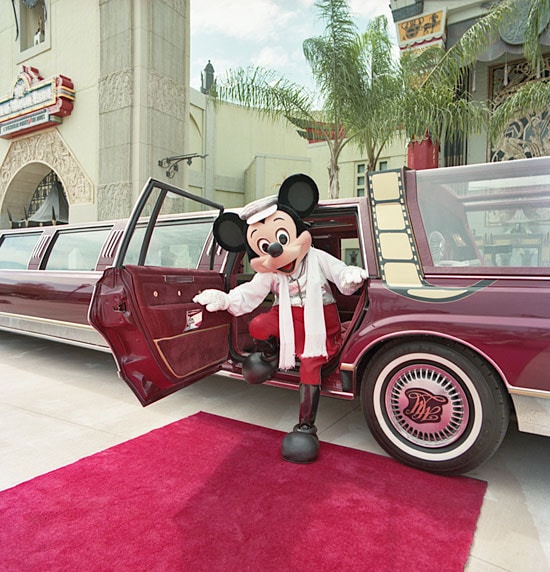 The LiMOUSEine was also equipped with a Sony RDSS Wayfarer Mobile Communication System, which allowed Minnie to pinpoint Mickey’s whereabouts on a personal computer back at home. Very fancy pants for 1989! 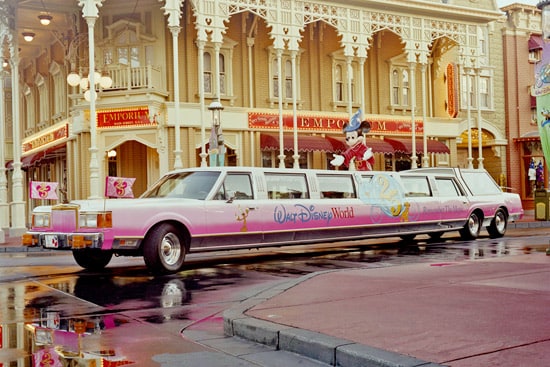 And as if that wasn’t enough, just in time for the Walt Disney World Resort 25th Anniversary, the LiMOUSEine got a paint job. I’m guessing maybe Flora helped out?