A Look Back at Early Walt Disney World Resort Merchandise 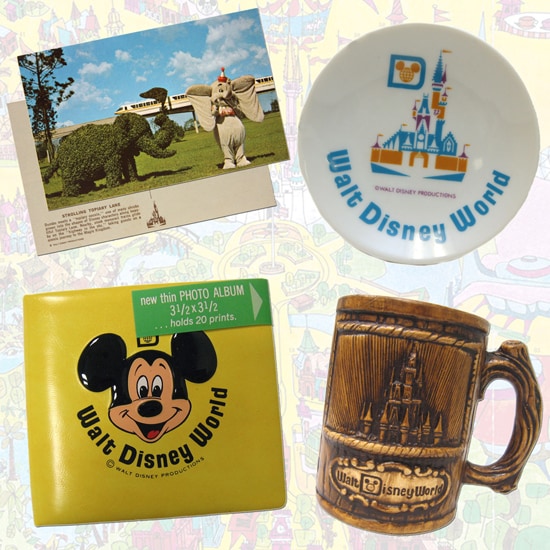 With the 40th Anniversary of Walt Disney World Resort on the horizon, I thought it would be fun to take a look back at some of the early merchandise from the 1970s. You may recall that I enjoy collecting merchandise from the early days, particularly from EPCOT Center. My fellow Disney Parks Blog author Jennifer Fickley-Baker put me in contact with Steven Vagnini (extra points for the awesome first name), who is an archivist with The Walt Disney Archives in Burbank, California. I recall the day that Steven sent these images – opening that message was one of those extra magical moments in my Disney career. I think it was the colors or the designs that transported me to another time and place. I spoke with Steven via the telephone to discuss the items and his role with the Archives. 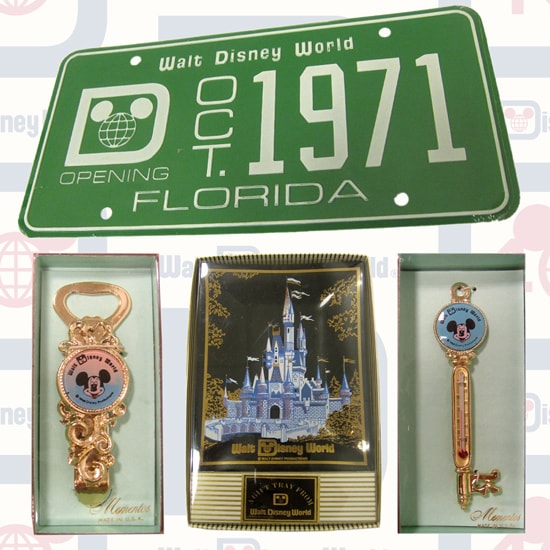 “The Archives was founded in 1970 by Dave Smith,” explained Steven. “This was just ahead of the opening of Walt Disney World Resort. So Dave was lucky to collect a good sample of items from the early days of The Florida Project.”

Steven began his Disney career in Florida at Pirates of the Caribbean in 2005. He worked with Y.E.S. Programs and with Guest Relations before making the move to the Archives in California. I enjoyed our conversation as he, too, has such a passion for Disney. Steven explained that limited space is one reason why they seek to collect a representative sample of items.

“While we don’t have one of every Disney merchandise item ever produced, we have licensee files and catalogs that provide a wealth of information,” continued Steven. “Of course, it is important for us to collect physical samples. A variety of departments, including Disney Consumer Products and Disney Theme Park Merchandise, has often used them for reference and have found great value in them.” 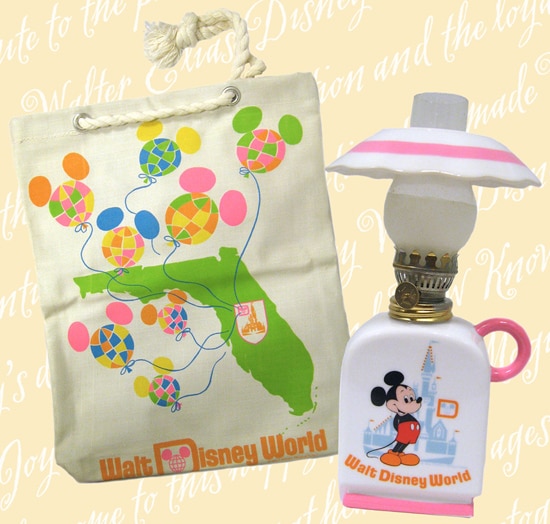 Steven and I discussed the images he shared with me.

“Some of the items were once on display at the One Man’s Dream attraction in Disney’s Hollywood Studios,” said Steven. “One of my favorite items is the bag as the iconography and colors scream 1970s [laughs]. I also like the thermometer as it is a merchandise item you don’t see at Disney Parks today.”

Another item not seen today is the oil lamp with pink accents (Jennifer and I had a good laugh over that one). 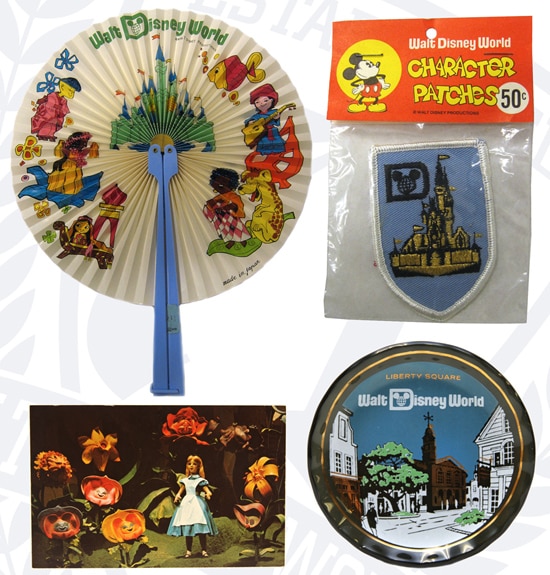 I asked Steven if he had any favorite memories from visiting Walt Disney World Resort as a child.

“I recall ‘flying’ in the now closed If You Could Fly attraction in Tomorrowland,” reminisced Steven. “I remember experiencing one of my favorites, the Carousel of Progress, but I admit I was a bit drowsy; I was probably only one and a half years old at the time. Finally, I loved the Country Bear Vacation Hoedown!”

Here are a few additional images of some early merchandise that hopefully take you on a trip down memory lane. Happy 40th Anniversary to the “Vacation Kingdom of the World!”