We have great news to share today. At a press conference happening right now at Walt Disney Imagineering, Bob Iger and Tom Staggs just announced a long-term creative partnership with James Cameron’s Lightstorm Entertainment and Fox Filmed Entertainment to bring the fantasy world of AVATAR to life at Disney Parks. And it’ll all begin at Disney’s Animal Kingdom at Walt Disney World Resort. 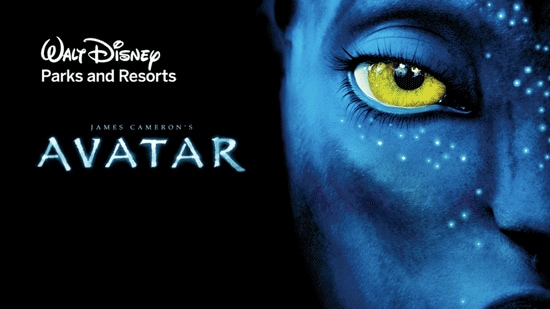 James and his producing partner Jon Landau and their team at Lightstorm Entertainment will serve as creative consultants on the project and will work side-by-side with our Walt Disney Imagineers as we dream up experiences that will take our guests deep into worlds of AVATAR like never before. There are also two sequels to the record setting first film in the works, which will offer more fascinating stories, characters and locations to explore in the AVATAR universe. Disney’s Animal Kingdom at Walt Disney World Resort is planned as the site of the first AVATAR-themed land with construction expected to begin by 2013.

We believe Disney’s Animal Kingdom is a great fit for this project because it was created to give guests the opportunity to experience the worlds of animals and nature – real and mythical – in new ways. Disney’s Animal Kingdom also celebrates adventure, living in harmony with nature and environmental stewardship – themes that are deeply rooted in the story of AVATAR.

The design phase on the Disney’s Animal Kingdom project has just begun so stay tuned to the Disney Parks Blog for more details.

Got questions about the announcement? If so, Tom Staggs will be answering them in a special Q&A blog post later today. Just submit your name, city where you’re from and your question to questionsfortom@disney.com and then check the Disney Parks Blog later to see some of the answers.