Ahoy! Here be Long John of Aulani, hailin’ ye from the Sandwich Isles – Hawai‘i, as they’re called by those livin’ in these waters. 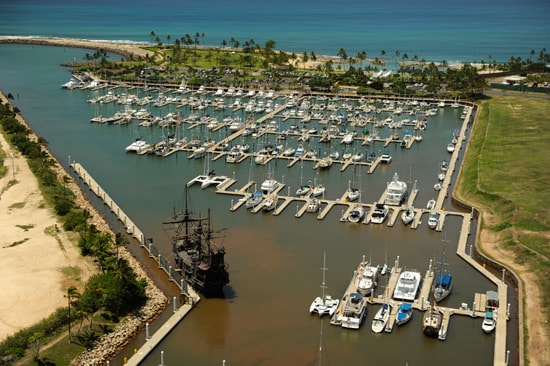 Cap’n Jack Sparrow has cast anchor and set sail for now, but his vessel, the Black Pearl, was berthed here for many a moon on the shores of Ko Olina, which I’ve made me home port these past weeks. There’s scuttlebutt that the ship might return, but the sea dogs in this parts might just be seein’ things. Ghost ships be like mermaids, a mate can never be too sure they’re real. Bein’ on these islands can put a crimp in a pirate’s line. It be tough to say “Arrrr” or “Shiver Me Timbers” among folk whose alphabet forsakes letters like R, S and T.