Caption This: A Pack of Disney Pachyderms

Looks like Dumbo is thrilled at finding some buddies to pal around with in this photo, which was snapped at the Walt Disney World Resort in 1972. (A similar shot was used as one of the park’s first postcards). 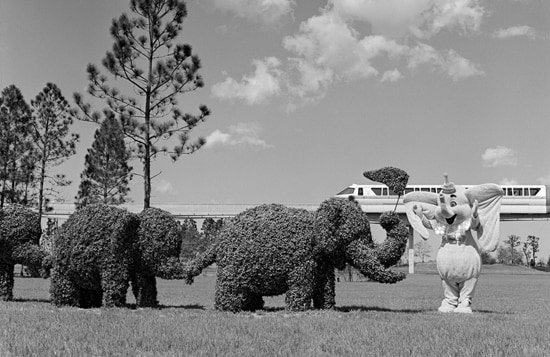 What’s Dumbo thinking? Where will the new friends head to first? More importantly, what does the group think of that nice new Monorail in the background? Go ahead and “Caption This!”

Likes (1)
Share Caption This: A Pack of Disney Pachyderms