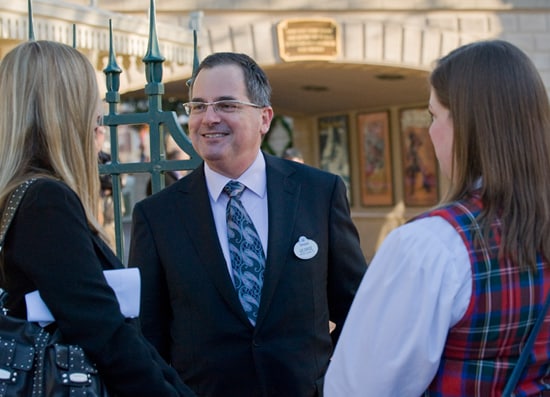 I still remember my first interview, standing in the heat, in a queue that went on for what seemed like forever. I listened as the people in front of me and behind me talked about how they just came off the Apollo program in Cape Canaveral. So there I was, fresh out of high school with my diploma and those around me had just sent men to the moon! I thought I didn’t stand a chance!

As luck would have it, I did get the job and was hired as a busboy at Disney’s Contemporary Resort. Two days before opening day, I took my mother to a cast open house where the first attraction we rode was ‘it’s a small world’ and I remember thinking how amazing it was. It’s still one of my favorites today.

I’ve had countless memories and incredible experiences over the last 40 years including opening Disney’s Grand Floridian Resort and Spa, working at Magic Kingdom Park for the Bicentennial celebration and at Disneyland Paris for its 15th anniversary, as well as being part of the openings of Epcot and Disney California Adventure. The same excitement I felt on my first day has continued to grow and has carried with me through the many years and experiences but I’ll never forget where my journey began. I’m proud to still keep in touch with some of those first cast members I worked with at the Contemporary Resort.

As I reflect on my career and those of many colleagues I’ve grown with in this organization, I can say with certainty the reason so many have stayed through the years is due to the values we share with the company and one another – two things you simply cannot duplicate. I can’t imagine having spent the last 40 years anywhere else – and I look forward to our road ahead.