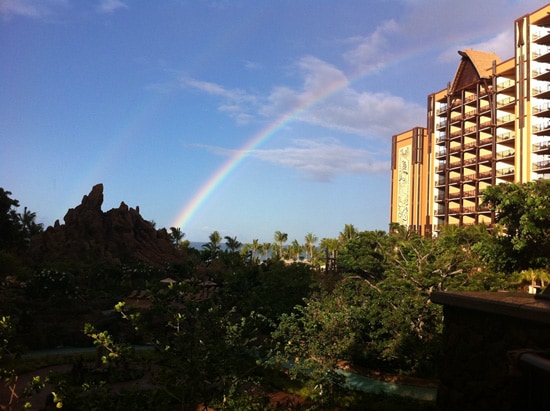 How about that! A double rainbow appeared over Aulani, a Disney Resort & Spa this week just after we opened the doors to welcome our first guests. Disney Parks & Resort Chairman Tom Staggs helped celebrate the occasion and you can see more images from the day in our original post. Be sure and check the Disney Parks Blog as we prepare for its official Grand Opening celebration in September.

And while we’re talking amazing sights, did you see this week’s renderings of New Fantasyland at Magic Kingdom Park? We first spotted them while walking through the Carousel of Projects during the D23 Expo and Walt Disney Imagineering was kind enough to share a gallery of them for blog readers. Now, here’s a look at some other stories we worked on this week:

First Look: Inside Golden Oak Homes at Walt Disney World Resort – The first resort homes of the Golden Oak community are completed and we’re offering readers a look behind the residents’ front doors.