Now that Aulani is officially open, let’s take a look back at some of the updates we’ve brought you here on the Disney Parks Blog about the new Disney resort and spa in Hawai`i.

Tradition and Magic at the Grand Opening of Aulani, a Disney Resort & Spa – With invited guests, local Hawaiian officials and members of the media in the audience, the Grand Opening Ceremony took place on the beach of Aulani’s lagoon with the resort itself serving as the backdrop.

Taro Patch at Aulani Entrance Goes Back to the Roots of Hawaiian Culture – Brimming with Hawaiian culture, Disney’s Aulani resort is a treasure trove of knowledge. Watch as one of the island’s legendary taro farmers, Calvin, shows readers how to pick the perfect taro plant.

Learn to Hula at Aulani, a Disney Resort & Spa – Erin learns the history behind this traditional Hawaiian dance and masters a few basics along the way.

Laniwai – A Spa With the Magic of Aulani – Aulani’s Spa Director Lucia Rodriguez takes readers on a tour of some of the wonder of Laniwai, from the outdoor hydrotherapy garden to the six different rain showers.

It’s Here! Aulani Opens its Doors to the First Guests – As the sun rose over Ko Olina, Hawai‘i, Aulani opened its doors and welcomed its first guests.

Local Community Celebrates as Aulani Prepares to Welcome its First Guests – At approximately 6:30 a.m. Hawai‘i time, as the sun came over the mountain, the doors to the Maka‘ala lobby of Aulani opened and the first guests entered. 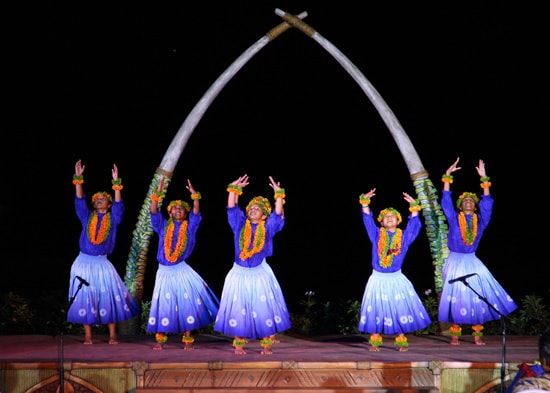 Though not without its Disney touches, Aulani is heavily influenced by the Hawaiian culture and local community. Student Photographers Bring a Unique Rainbow to Aulani – Aulani has its own distinctive rainbow in Ko Olina, Hawai`i, created from a selection of work by a very special group of young artists.

Progress Continues at Aulani, With Inspiration Taking Shape Outside and Inside – We shared details about the unique interior “look” of the resort, brought to life by many pieces of art and decor created by local artists.

More Construction at Aulani – This Time, Completed in One Day! – Disney VoluntEARS joined community residents, volunteers from Ka Waihona o ka Na‘auao Public Charter School and organizers from KaBOOM, a national non-profit organization dedicated to providing play spaces for children throughout the country, to build a new playground and garden in Wai’anae.

The Taro Patch – A Hawaiian Tradition Grows at the Entrance to Aulani – Elliot Mills, Managing Director of Aulani, describes the taro/kalo patch just outside the main entrance to the resort.

Popular Hawaiian Singer/Songwriter Provides Soundtrack for Aulani – When guests enter the Maka‘ala Lobby at Aulani, one of their first impressions will be of the music they hear, specially written and recorded for the resort by one of Hawai‘i’s most popular singers and songwriters, Keali‘i Reichel, and Grammy Award-winning composer Mark Mancina.

We’ve kept you updated on the construction progress of Aulani from the very beginning, offering exclusive videos and behind-the-scenes looks.

An Early Peek at Aulani – Disney Parks Blog readers’ first glimpse into Aulani features a look at the resort’s lobby.

Aulani – From the Ground Up – Watch as the resort takes shape right before your eyes in this special time lapse video.

Today is a Milestone for Aulani, a Disney Resort & Spa – Watch as Aulani gets one step closer to completion in this breathtaking aerial video of the site.

It’s Time to Add the Magic, So Mickey Hits the Beach at Aulani, a Disney Resort & Spa – Mickey, Minnie and their pals joined the celebration as the construction crew “handed over the keys” to Disney cast members.

Construction Wraps Up at Aulani, a Disney Resort & Spa in Ko Olina, Hawai‘i – Imagineer Joe Rohde gives readers a video tour of the resort as the finishing touches are finalized.

Aulani, a Disney Resort & Spa – From Bottom to Top in Seconds – With Aulani finally completed, we share another time lapse video of the resort’s construction from beginning to end.

Even before its completion, Aulani welcomed special visitors to its beaches – sometimes in unexpected ways.

One Year to Aulani Resort Opening! Mickey Hits the Beach in Hawai`i – Watch as artists bring surfer Mickey to the sands of Aulani in this exclusive time lapse video.

With its endless activities, luxurious amenities and family atmosphere, Aulani offers something for everyone.

Waikolohe Stream: Journey Along ‘Mischievous Waters’ Will Be an Aulani Highlight – Inspired by the natural landscape of the islands themselves, Aulani’s Waikolohe Stream takes guests on a floating tube journey through eye-catching lava outcropping and misty caverns.

Ulana – A Spa for the Entire Family at Aulani – With 15 treatment rooms, a comprehensive outdoor water area and a separate spa for teens, Ulana (now “Laniwai”) is a full-service spa featuring treatments for individuals, couples and entire families.

Update on the Spa at Aulani – Lucia Rodriguez, Spa Director of Aulani, describes how you’ll be immersed in the magical Laniwai spa experience from the moment you enter.

Say Aloha to Your Honeymoon in Hawaii at Aulani, a Disney Resort & Spa – Aulani is the perfect place to start your happily-ever-after, offering a picturesque romantic setting for your destination honeymoon.

Kids at Aulani Will Discover Fun in a Play Area Left by the Menehune – The mysterious little people of the islands, the Menehune, left a very special water play area for younger children – Menehune Bridge.

A Look ‘Below the Surface’ at Aulani – Rainbow Reef, the unique interactive snorkeling experience in the Waikolohe Valley recreation space, is one of the fun adventure highlights of a vacation at Aulani.

Where to Find Disney Characters and Buffet Dining at Aulani – One place you’ll always find some of your favorite Disney characters at Aulani is “Aunty’s Breakfast Celebration at the Makahiki” on Saturdays, Sundays and Wednesdays.

Many Ways to Get Wet at Aulani, a Disney Resort & Spa, Ko Olina, Hawai‘i – Which do you prefer? Swimming? Snorkeling? The slides? The lazy river? That terrific lagoon? It’s all at Aulani.

Aulani Rooms Provide a Comfortable Home Base for Families on Hawaiian Vacation – Elliot Mills, Managing Director of Aulani, point out some creative highlights and creature comforts of Aulani guest rooms.

Learning and Libations with Gary at the `Olelo Room – Stop by the `Olelo Room for a pia (beer) and a crash course in the Hawaiian language. Gary takes you inside this unique bar with his latest Aulani report.

We gave readers a sneak peek at some of Aulani’s hidden residents.

The Mysterious Menehune Hide Throughout Aulani – According to Hawaiian legend, the little Menehune are shy folk who come out mostly at night, but at Aulani you’ll find them hiding under tables, in the forest and hidden in corners where they are most likely to be first discovered by kids.

Hidden Magic in Even the Most Eye-Catching Aulani Landmark – Djuan Rivers, Vice President of Disney Vacation Club and Resort, Hawaii, takes readers on a trip through the Waikolohe Valley. Can you spot some hidden faces along the way?

Hunting for Menehune at Aulani, a Disney Resort & Spa – Our intrepid reporter, Gary, visited the resort with a quest: to seek out and find as many Menehune as he could in this Disney Parks Blog-exclusive video.

Set on the beautiful island of O’ahu, Aulani offers no shortage of picturesque backdrops and memorable moments. Luckily, we caught a few along the way to share with readers.

Romance in Paradise at the Aulani Resort and Spa – Walt Disney World Resort Photographer Gene Duncan captures a picturesque moment with Mickey and Minnie on the beaches of Ko Olina. 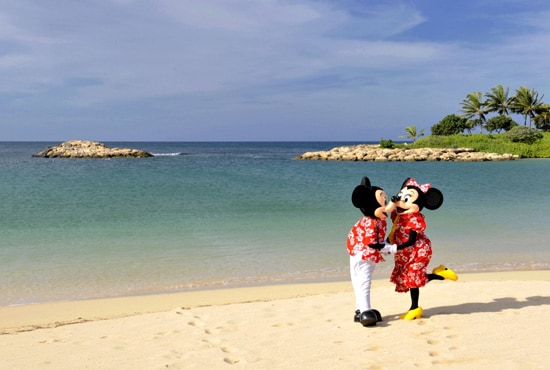 Mickey Watches Over Aulani – Some “hidden Mickeys” are more magical than others; can you spot the one caught by Disneyland Resort Entertainment Manager Chris Strong?

Marvelous Moonlight at Aulani – Take a look as the moon sets on the lagoon at Aulani at just the perfect time.