Tradition and Magic at the Grand Opening of Aulani, a Disney Resort and Spa

Last night, in a ceremony filled with Hawaiian tradition and Disney magic, Bob Iger and I had the privilege of officially opening Aulani, our new resort and spa on Oahu. We shared the stage with dozens of Hawaiian performers, scores of Aulani cast members and of course, Mickey and Minnie Mouse, to celebrate another milestone in the incredible story of Aulani. 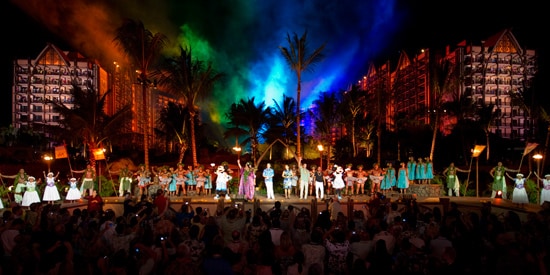 With invited guests, local Hawaiian officials and members of the media in the audience, the Grand Opening Ceremony took place on the beach of Aulani’s lagoon with the resort itself serving as the backdrop. It opened with an “oli pale,” a Hawaiian blessing, which was followed by a powerful performance by drummers, dancers and singers, including Keali’i Reichel, one of Hawai`i’s most popular artists who wrote a beautiful chant specifically for Aulani.

Then came time for the official dedication of the resort so Mickey and Minnie joined Bob and me onstage to do the honors. To symbolize the joining of the Hawaiian culture and the magic of Disney, we placed some sand from our beach into an ‘umeke, a ceremonial wooden bowl, and mixed it with – what else – some pixie dust. 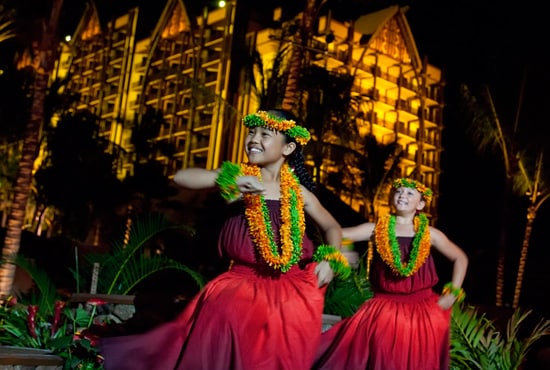 From the very beginning we have committed ourselves to ensuring that Aulani embraces and celebrates the unique Hawaiian culture and traditions. We are grateful for the warm welcome we have received from the local community and I’d like to thank the Imagineers, cast members, construction teams, local artists and everyone who had a hand in bringing Aulani to life. Their passion, commitment and talent can be seen in every detail of this spectacular resort and I can’t wait for our guests from around the world to experience it themselves.

Likes (0)
Share Tradition and Magic at the Grand Opening of Aulani, a Disney Resort and Spa