Surprise! That was the theme when the Walt Disney World Resort celebrated its 20th anniversary back in 1991. At Magic Kingdom Park, the new Surprise Celebration Parade featured Disney character balloons that towered 35-40 feet in the air and celebrated festivals from around the world. 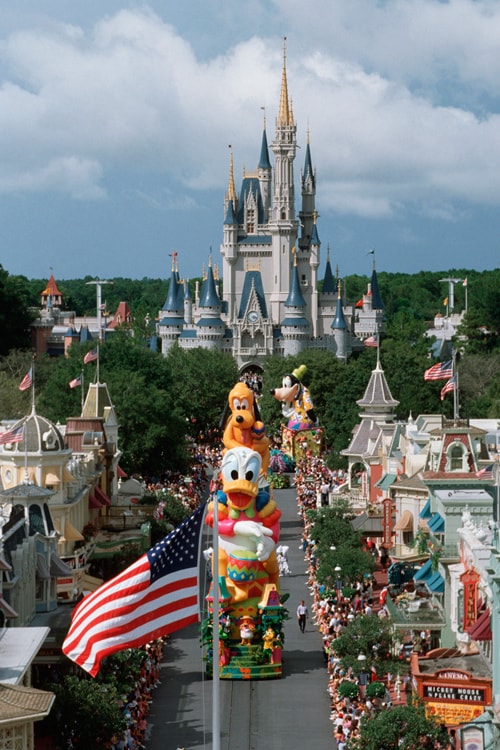 And to kick the Surprise Celebration into high gear, the 20th anniversary enticed guests with the new advertising campaign “20 New Reasons to Visit Walt Disney World.” One of those reasons was the “Surprise in the Skies” show at Epcot as depicted below in a magazine advertisement. 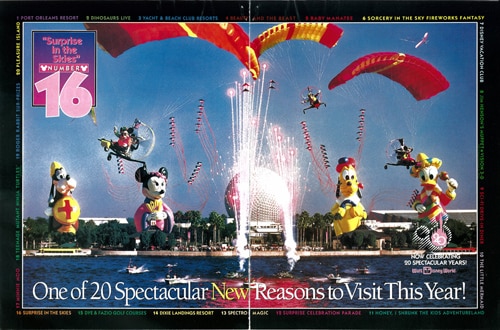 Magic Kingdom Park was also rededicated on Oct. 1, 1991, by Michael Eisner and Roy Disney. The festivities were capped with a supersonic surprise flyover for all in attendance. With a shindig this big, I’m sure this was one surprise party everyone knew about!