Arrrrrrgh, me vintage-lovin’ mateys. I be diggin’ in me archive full o’ treasure, and spied me these photos of the Pirates of the Caribbean attraction in Magic Kingdom Park afore the openin’. 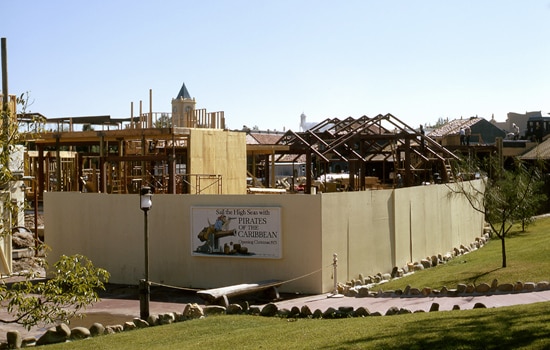 While the park did open late in the year o’ ‘71, it wasn’t until Dec. 15, 1973, when the decks were swabbed and us pirates had a home to pillage ‘n’ plunder at Caribbean Plaza in Adventureland. Ahhhh – but afore that, dead men be tellin’ no tales in Disneyland’s New Orleans Square since the year o’ ‘67.

Truth be, arrr motley crew was in such high pursuit when Magic Kingdom Park opened, all the scallywags in City Hall be wearin’ buttons like the sign below proclaimin’ arrr arrival. 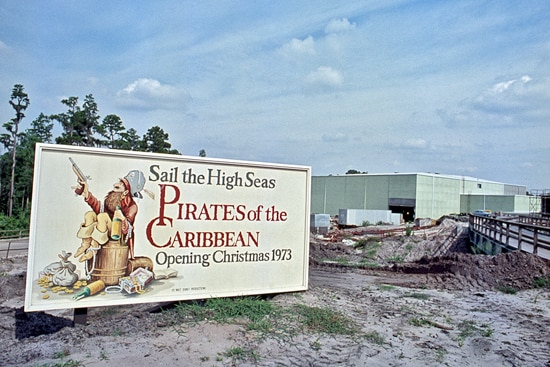 And while arrr attraction has been changed ov’r the years, one thing nev’r has – we still wants the redhead!