As we get ready to celebrate the 40th Anniversary of Walt Disney World Resort on Oct. 1, 2011, I thought it would be fun to spend the next few weeks taking a look at past anniversary celebrations. 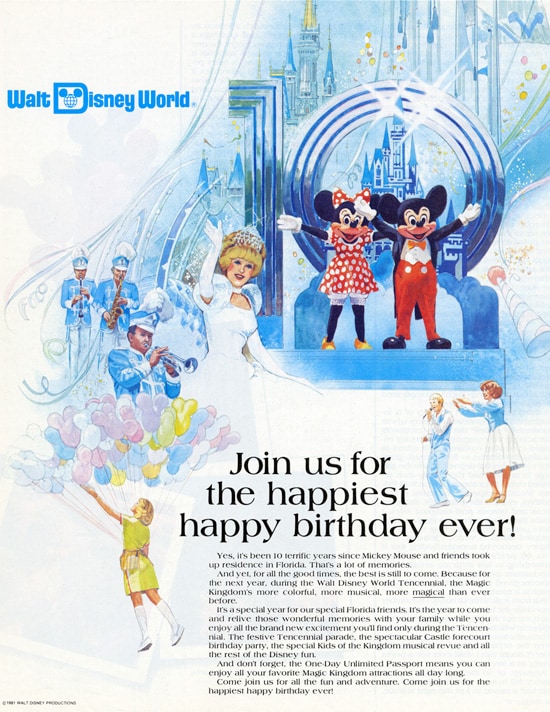 On Oct. 1, 1981, the Walt Disney World Resort marked its first decade by launching the Tencennial Celebration. Dubbed as the “Happiest Happy Birthday Ever”, there was even a new birthday song written for the celebration that was performed daily in the Tencennial Show on the Tomorrowland stage. Back in 1981, the number of Cast Members working at Walt Disney World Resort had grown from 5,000 in 1971 to more than 15,000. (Today, we have more than 62,000 Cast Members working in Florida.) Below, Cast Members gather at the Hub in Magic Kingdom Park to celebrate the 10-year milestone. 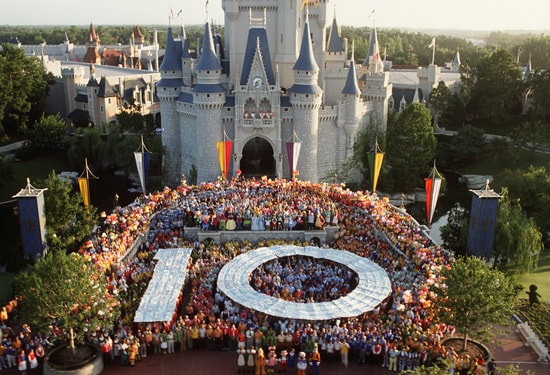 For this yearlong party, the centerpiece of the celebration was the new Tencennial Parade, which saluted each of the Magic Kingdom lands. Every day, a Guest was selected to be the Grand Marshal of the parade and rode aboard a special electric birthday car. Very environmentally friendly for 1981, don’t ya think? 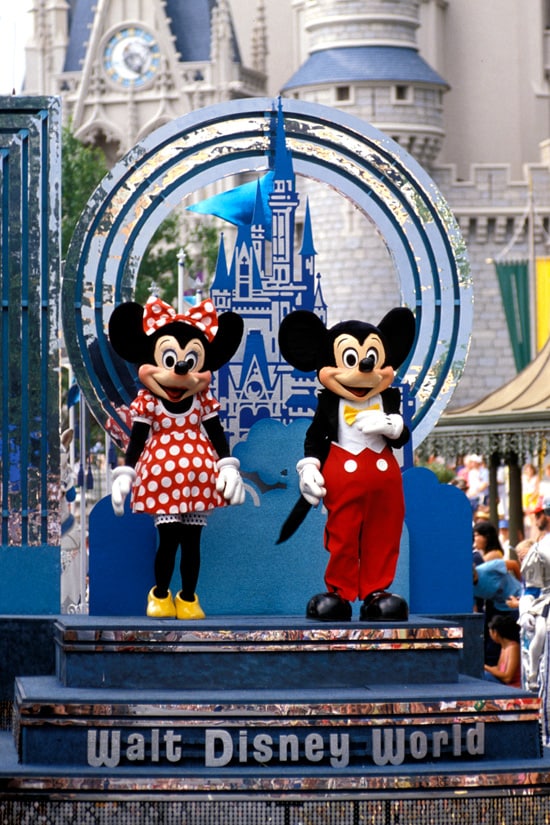