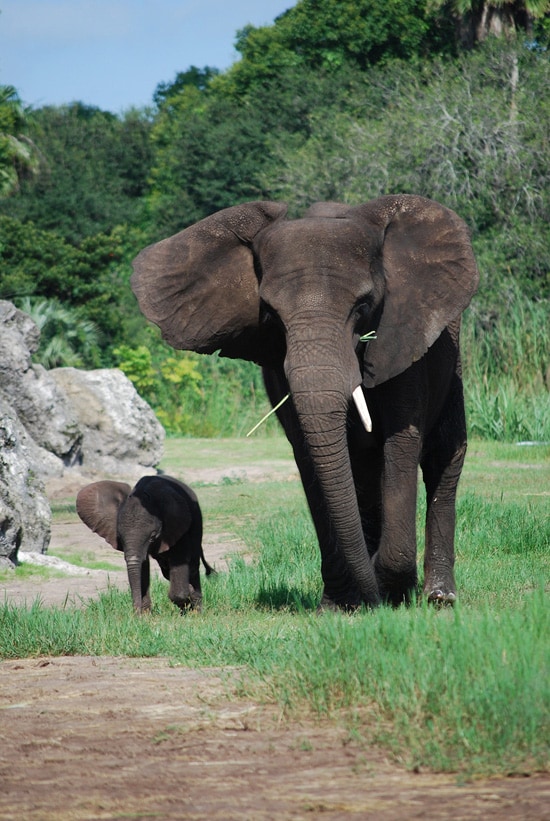 At less than two weeks old, our new baby elephant, Jabali, already is being introduced to the savanna at Disney’s Animal Kingdom. This is great news for our guests who might catch a glimpse of him when they experience the Kilimanjaro Safaris, and a great accomplishment for both our animal care team and our elephants.

When our first baby elephant, Tufani, was born in 2003, he spent several months in his backstage home with his mom before joining the herd on the savanna. The animal care team had much work to do introducing him to the rest of the herd. After all, he was the very first baby for the group.

Jabali is our sixth baby elephant born at Disney’s Animal Kingdom, so now introductions are much easier. Our elephant team members explain that highly intelligent animals like elephants learn a lot from experience and each other (with great care and training from the team too, of course). So, for example, when Jabali was being introduced to the herd’s matriarch Rafiki, if you could read the bubble over her head, it might say, “I know exactly what you are—and welcome to the family!”

Facts about our elephants: