I went to Tasmania for the first time earlier this year with the idea of grafting a whole new element to Adventures by Disney’s remarkable Australia trip. The itinerary was already comprised of wonderful activities and sights such as the world’s oldest tropical rainforest, the Great Barrier Reef, the Outback at Uluru, and vibrant, cosmopolitan Sydney with its stunning harbor. With such a grand itinerary already established, why add Tasmania? 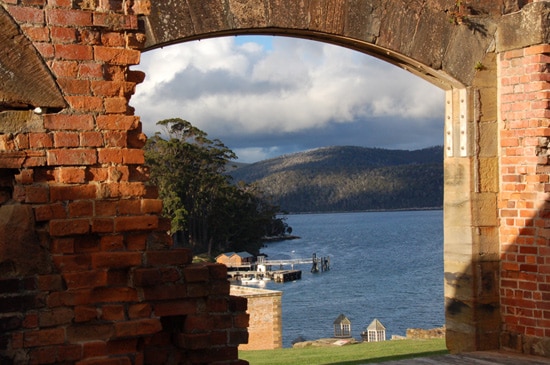 Well, the first intriguing thing we heard about the island state was of its reputation as one of the last wildernesses left unspoiled. The Tasmanian Tourism Bureau touts the island as having one of the most pristine environments on the planet because of its remote location − off the southern coast of Australia, surrounded by oceans for thousands of miles. “Freshest air you’ll ever breathe anywhere on the planet, mate” the locals like to say, proudly filling their lungs as they do so. About 38% of the island is protected in wildlife reserves, national parks and World Heritage sites. You’ll hear mention of the great indigenous forests that still cover many parts of the island, the indomitable cliffs that plunge into the sea, the zany wildlife – Tasmanian Devils anyone? – the wonderful seafood, organic produce, well-marbled beef, handcrafted cheeses and boutique wineries that make your mouth water at the very mention.

The Island’s early settlers were convicts and their guards, unfortunate souls sent away from the British Isles to the Empire’s most remote colony. Those who survived the perilous sea journey faced a hard life in penal colonies in a spectacular setting, the earliest of which was called Port Arthur. Port Arthur’s setting is outwardly idyllic, set on a small scenic bay with rolling, forested hillsides cascading off in various directions. On Discovery Down Under, Guests get to explore the grounds and museum of this historic former prison by day but, as the sun disappears, the 19th century ruins of Port Arthur can seem an entirely different place; the air fills with mystery, of silence and what once was. After sunset is when the “ghost walking” begins. It was on my first Ghost Tour, in search of spirits, that I really got a feel for Port Arthur. Wandering through the deserted structures led by the flicking glow of lantern light, intrigue and stories of long ago, the past crept up and those “long gone” felt close. Restless. Are those who were detained still imprisoned? Is it myth or truth? How far away is long ago? Are there ghosts? 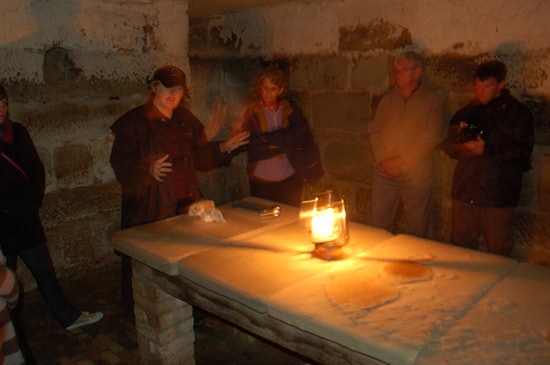