As a Trip Operations Manager for Adventures by Disney, I was part of the team that put together our new Pyramids, Pharaohs and Ancient Treasures trip. This was a dream come true because from an early age I had long sought to travel to this fabled land of vast deserts and ancient monuments. When I arrived in Cairo to begin exploring how we could put an amazing adventure together, I fully expected to be wowed by the monuments of antiquity – the Great Pyramid, the Sphinx, the elaborately decorated tombs and fascinating temples clustered along the banks of the Nile River that I had seen in books that first captured my imagination as a child. Everything I saw was just as extraordinary as I had ever imagined. I experienced any number of “pinch me, I can’t believe how truly awesome this is” moments as I found myself walking among the splendors of what many say are the world’s most iconic ancient treasures. Words like Tutankhamen, Luxor, Aswan, Giza and Cairo took on new meanings as I saw for myself what so many had discovered before me in this fabled land where tourists have been coming for centuries. 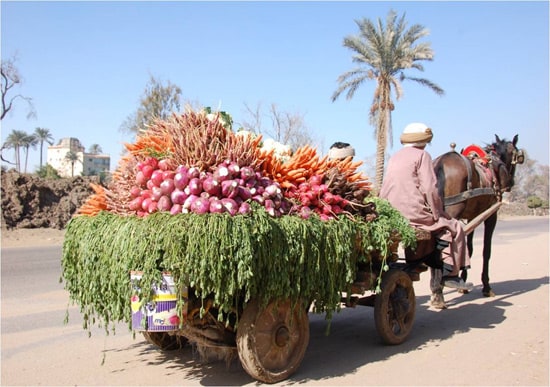 One thing I had not anticipated during my initial site inspections around Egypt was experiences that involved interactions with animals. Animals are everywhere in Egypt, certainly much more so than I’m used to seeing in my daily life in Los Angeles. Perhaps the first awareness I gleaned were all the donkey carts weaving through the impossibly jammed streets of Cairo, most of them heaped with fresh vegetables brought daily into the city from the fertile fields lining the Nile.

Next came the famous pyramids at Giza, where I discovered that camel rides and horse-drawn carriages are big business. With one of the most famous backdrops in the world – well, it’s impossible to resist having one of the best all-time souvenir photos ever (and by the way, my camel’s name was Mickey Mouse!): 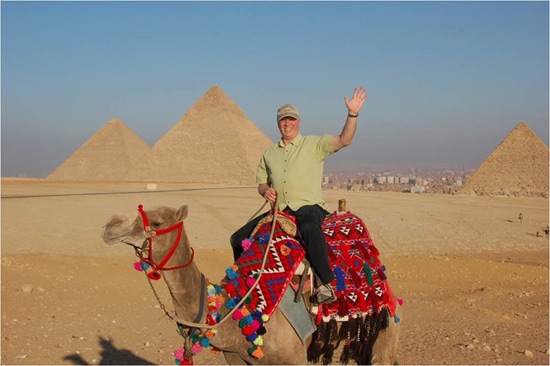 Soon after touring the pyramids I visited several ancient tombs located in the desert outside Cairo that are dated to 4,200 years ago. The walls of the temples were covered from floor to ceiling with extraordinary carvings and hieroglyphics. Many of the scenes represented the daily life of Egyptians, and there were animals galore, domesticated and wild. Here’s a sample panel from one of the rooms in the tomb of Mereruka who was Chief Justice and Vizier for the Pharaoh Teti. It appears to show a variety of Nile waterfowl and a hunter grasping the tail of a river otter: 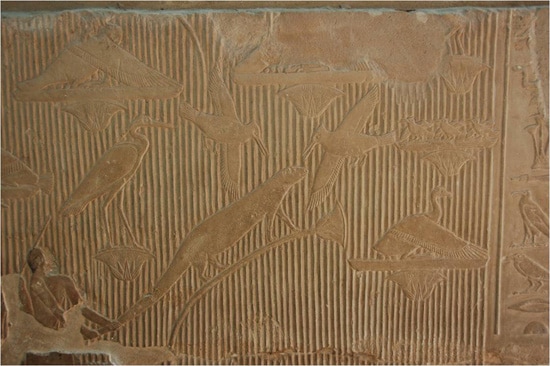 Please check back tomorrow for my second-half look into of our Pyramids, Pharaohs and Ancient Treasures adventure. In the meantime, head to www.AdventuresbyDisney.com to find out more about this and many of our other fabulous destinations.