I eventually learned from the Egyptologists who escorted my tours of the monuments that many ancient Egyptian gods and goddesses took the forms of animals. Hippopotamuses, hawks, cobras, jackals, crocodiles, vultures and even the lowly scarab (also known as a dung beetle) took on deep religious significance, and within the temples and tombs their images can be seen everywhere. The images weren’t confined to just the walls and ceilings. There are also magnificent sculptures. Here’s one of my favorites, the god Horus who takes on the form of a falcon or hawk, and who is known as the All Seeing Eye as well as the God of the Sky, the God of War and the God of Protection: 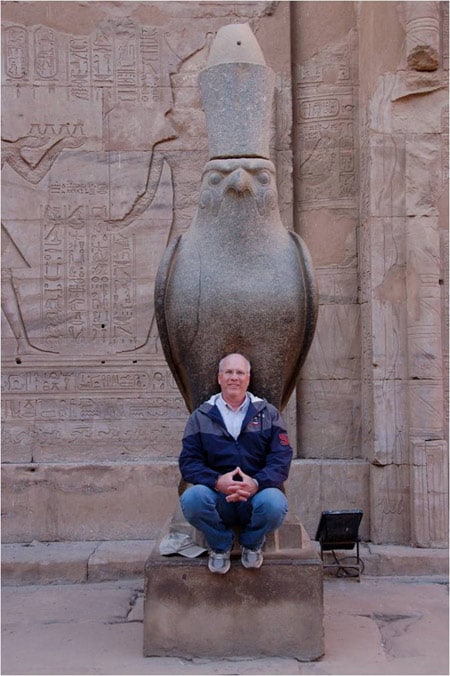 I have a number of other animal-related stories but none of them “tops” the experience I had in Upper Egypt near Aswan, a beautiful city on the Nile River. This region of southern Egypt is home to the Nubians, a people who in ancient times were known for their vast wealth, military prowess and advanced civilization. I visited one of their villages and was invited into a café to get out of the deadly heat and enjoy a glass of refreshing mint tea. This is what the café looked like from the outside: 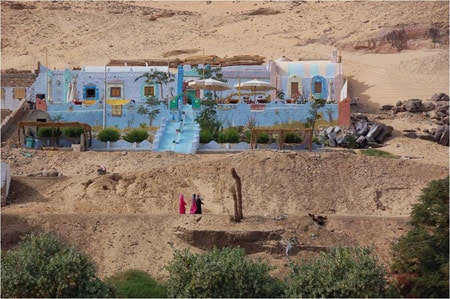 And here’s a view of the inside where it was remarkably cool and just as brightly colored as the outside: 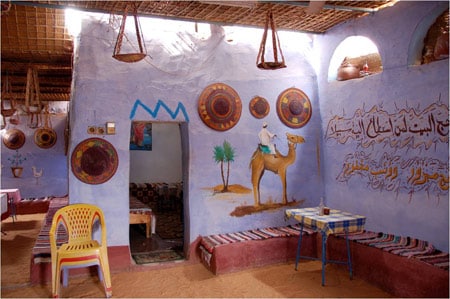 I noticed a low-walled cement basin in the middle of the room – half filled with water and holding two small Nile crocodiles. I thought, “Wow, that’s pretty cool!” The owner of the café was a friendly guy who decided to join my Egyptian companion and me at our little table. When he noticed my interest in the crocodiles he became animated and picked one of them up. A few minutes of discussion in Arabic followed with my companion and it was translated to me that the Nubians want to protect the endangered crocs, so they raise them as youngsters in their homes up to a certain age before releasing them into Lake Nasser, the vast body of water that was formed when the nearby Aswan High Dam was built in the early 1960s. As this story was being shared with me the owner placed the crocodile on my head and motioned to my camera – I quickly understood that he wanted to take my picture. Here’s the moment, as it was captured. It’s one of my all-time favorite pictures: 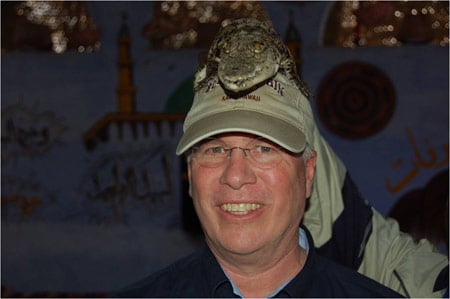 The next day, visiting one of the ancient temples near Aswan, I was astonished to be introduced to another Egyptian god known as Sobek – characterized as a powerful man with a crocodile head. In thinking about my “croc encounter” on the previous day I had a very odd sensation of feeling like I knew exactly how the ancients had come up with their vision for Sobek: 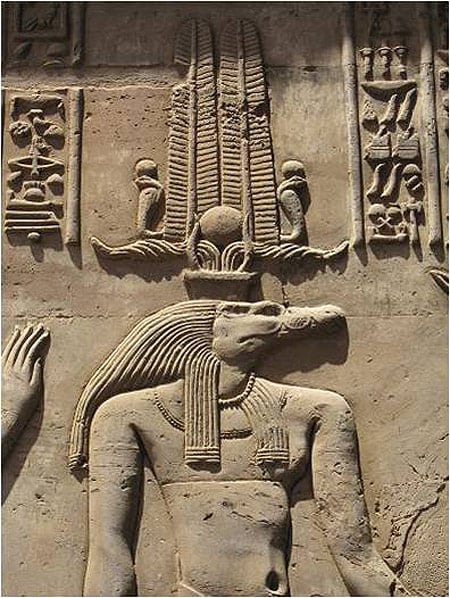 Thanks for reading my Disney Parks Blog posts. I hope you enjoyed hearing about some of my travels in Egypt and that you’ve gotten a sense of the amazing things to be discovered there. Please visit us at www.AdventuresbyDisney.com to learn more about our trip to Egypt and consider joining us for this phenomenal experience.