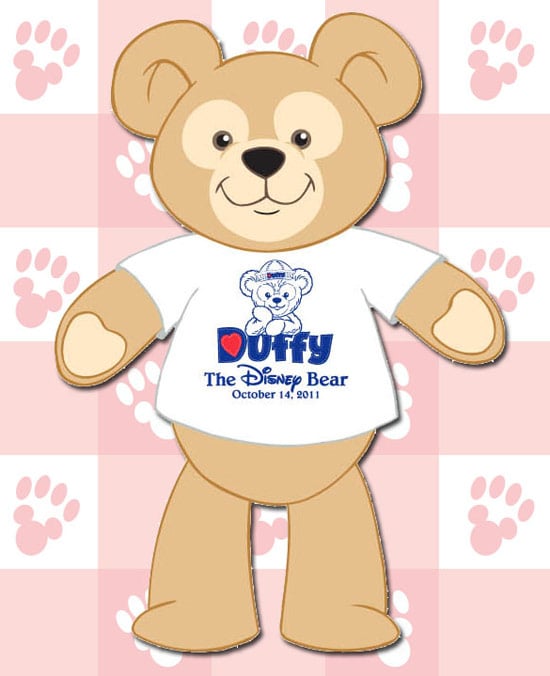 Earlier this week, my fellow Disney Parks Blog author Steven Miller shared details about Duffy the Disney Bear’s new storybook being released on October 14. Today, I wanted to give you a look at the t-shirt that has been created for Passholders in California and Florida for a 17” Duffy the Disney Bear. The shirt was designed by Monty Maldovan and has the date of October 14, 2011, which marks the first anniversary of Duffy arriving in Disney California Adventure park and Epcot.

I, too, wanted to share one of my favorite images from the Duffy storybook. This image features Duffy with several Disney characters including Ariel, Donald Duck and even Clarabelle Cow. Monty added her as a nice nod to some of the original Disney characters.

Finally, I wanted to thank the fans of Duffy who have joined his official Facebook fan page this past year. We have loved seeing your photos of Duffy from literally all over the world!