Magic Kingdom Park celebrated its 40th anniversary earlier today with a special celebration that featured a procession of Disney characters, a group singalong and more. The festivities began right at the park’s entrance, where today’s guests received commemorative 40th anniversary buttons and park maps. At 10 a.m., a line of more than 50 Disney characters, including Mickey Mouse, Minnie Mouse, and the Seven Dwarfs, paraded down Main Street, U.S.A. to the tune of “it’s a small world (after all)”, and songs from previous park anniversary celebrations, including “Remember the Magic” from the park’s 25th anniversary. 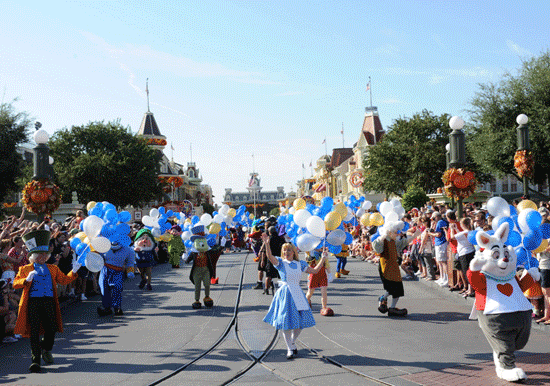 Meg Crofton, president of Walt Disney Park Operations and president of the Walt Disney World Resort, welcomed the crowd at Cinderella Castle, and reflected on the park’s milestone, explaining that for Walt Disney, guests were – and still are – a key element in making a Disney theme park a magical place to visit. 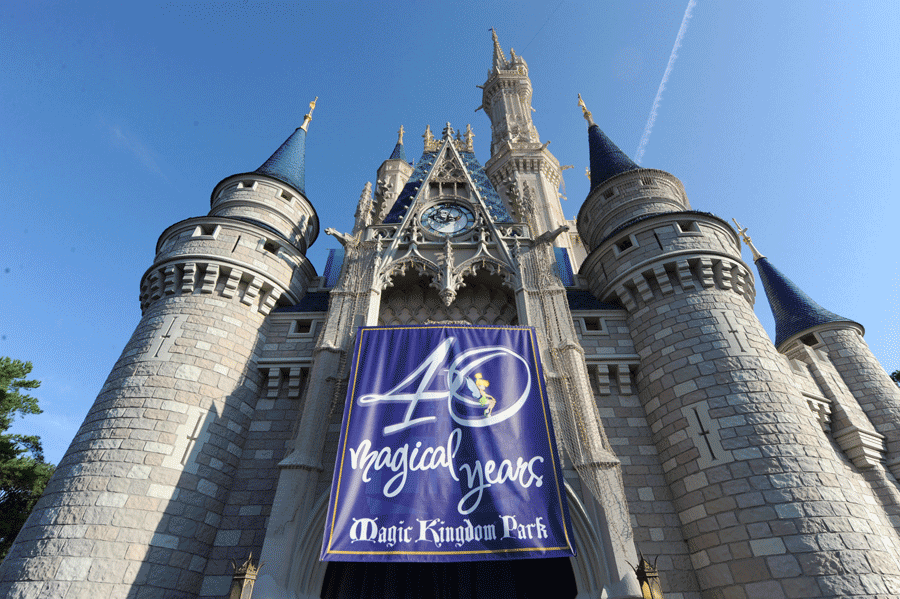 “‘You can dream, create, plan and build the most wonderful place in the world. But it takes people to make the dream a reality,” Meg quoted Walt as saying. “Many people hear that and assume Walt was talking about cast members, and he was, but he was also talking about our guests. For this place to be truly magical, it takes your smile and your laughter.”

Guests were then invited to accompany the Dapper Dans in singing “When You Wish Upon a Star.”

To see more of the festivities for yourself, be sure to check out the video below.