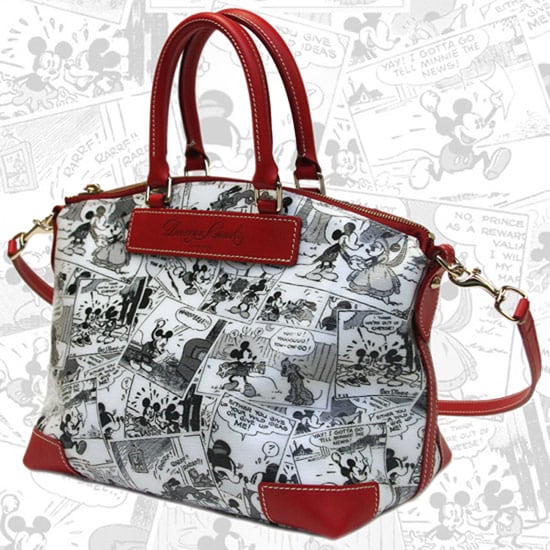 I’m a big fan of the heritage of the Walt Disney Company. In particular, I love when Disney merchandise gives a nod to the past. There is a new Dooney & Bourke collection arriving in October at Disney Parks that draws inspiration from a rather humorous side of Disney – the comic strip. I spoke with Susan Foy, a graphic artist with Disney Design Group and self-proclaimed handbag aficionado, about this new comic-inspired collection. 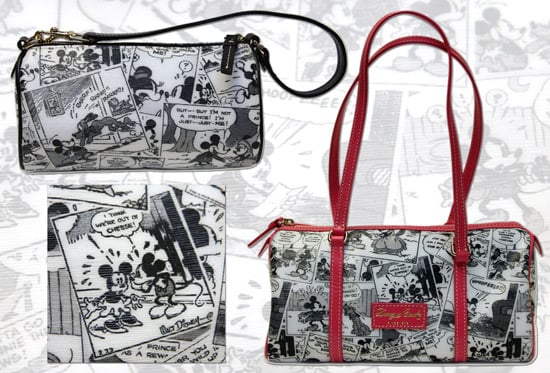 “I created the layout for the Dooney & Bourke comic collection,” explained Susan. “I used comic panels that featured a variety of what I call ‘life moments.’ I particularly like the panel that says, ‘I think we’re out of cheese,’ as it captures a cute exchange between Mickey and Minnie.”

The history of the Mickey Mouse comic strip dates back to January 1930. The original Mickey Mouse comic strip was drawn for about a month by Disney Legend Ub Iwerks. Win Smith took over for Ub for about three months. The responsibility eventually fell to Disney Legend Floyd Gottfredson, who ended up drawing the strip for 45 years until he retired from the company. The original comic strip was followed up with a Sunday page version in 1932 (drawn by Manual Gonzales for more than 30 years) and eventually comic books (both for Mickey Mouse and, my favorite, Donald Duck).

“Once I completed the pattern, Laura Caszatt, who is the product developer, selected pop color trim for the bags,” continued Susan. “We then shared the finished designs with the Dooney & Bourke team, who applied them to some of the most popular bag styles. They have been great partners in creating these fun bags for Disney Parks.” 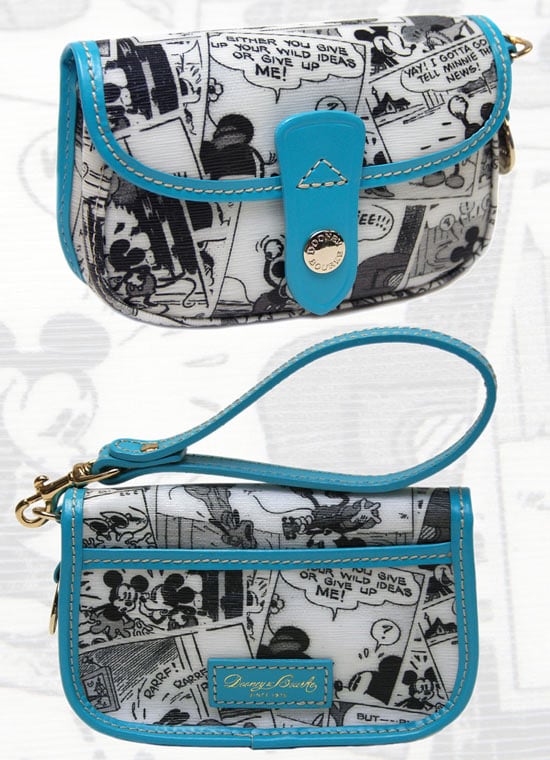 This collection will be the only one introduced for the upcoming holiday season. At Disneyland Resort, these bags will be introduced to World of Disney at Downtown Disney District and Disney Clothiers, Ltd. in Disneyland park. At Walt Disney World Resort, you can find these bags at World of Disney and TrenD and at Downtown Disney Marketplace and Uptown Jewelers in Magic Kingdom Park. The Disney Parks online store will introduce the collection in 2012.

I asked Susan about her personal collection of handbags.

“I have about 54 different handbags from a variety of designers,” laughed Susan. “I guess you could say I’m obsessed with them. I think handbags are like functional art – I can use them rather than place them on a shelf. I’m looking forward to these new bags as I like the black and white design with the splashes of color. Sometimes the most effective designs are simple and fun, which is just like this collection.”