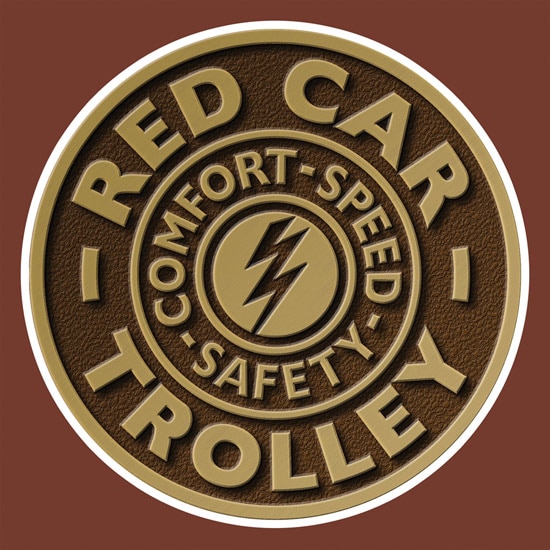 When Buena Vista Street opens at Disney California Adventure park next year, guests will be transported back in time to Los Angeles of the 1920s and ‘30s. This trip to the past would not be complete without one of the most beloved symbols of Los Angeles history, the Pacific Electric Red Cars. The Red Car Trolley, making its debut along with the rest of Buena Vista Street, will be inspired by this landmark transportation system. 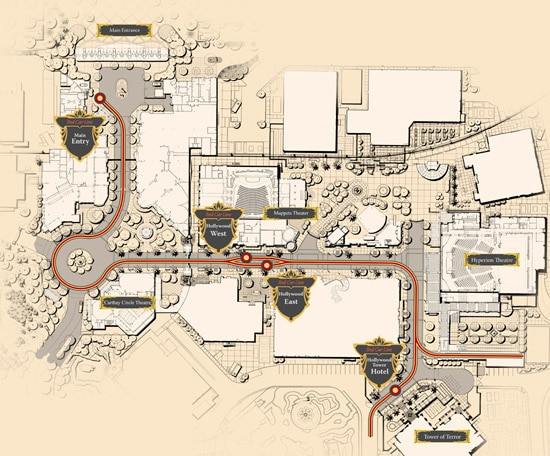 As you can see in the map above, the Red Car Trolley will carry guests from Buena Vista Street to the Twilight Zone Tower of Terror and back with “Comfort – Speed – Safety” – not to mention style. 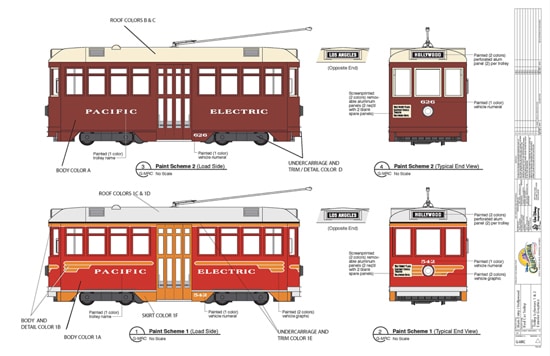 Exterior paint schemes like those detailed above will reflect the various Red Cars that appeared during different periods in the Pacific Electric Railway’s history, while the interior design (seen in the rendering below) employs some of the very design elements featured in the original cars. For more on the Red Car Trolley and Buena Vista Street, be sure to visit Blue Sky Cellar at Disney California Adventure park – and keep an eye on the Disney Parks Blog for updates and looks behind the scenes.

Check out the posts below for more updates on Buena Vista Street at Disneyland Resort: