She was one of the original Mickey Mouse Club Mouseketeers, the onscreen love of Frankie Avalon in the megahit “Beach Party” movies, the chief proponent of Skippy peanut butter on TV and, of course, the Queen of Walt Disney World Resort plus one of the nicest people ever in show business. 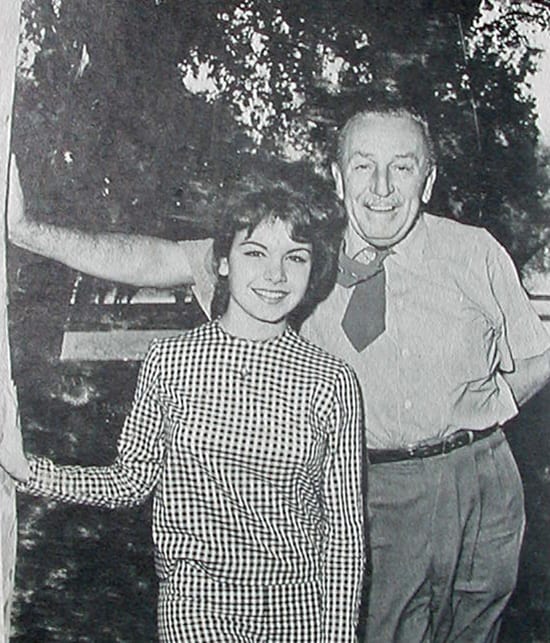 Wait a minute though, you might be thinking. What was that thing about Annette being Queen of Walt Disney World Resort? Allow me to make my intricate, airtight case for how America’s Girl Next Door inadvertently helped to build the Vacation Kingdom.

Not long after the Mickey Mouse Club premiered, Annette was getting tons of fan mail. Upon singing “How Will I Know My Love” on the show, the Disney studio was bombarded with fan requests for a recording. The record did so well, songwriters were asked to submit tunes for the fledgling singer.

The Sherman Brothers gave Annette a top ten hit with “Tall Paul.” More Sherman/Annette hits brought then to Walt’s personal attention. This led to their writing songs for The Parent Trap. Richard and Robert Sherman were put on staff and, between numerous songs for TV, films and attractions, they wrote the story-driven score for the Oscar-winning blockbuster, Mary Poppins.

See how it all fits so seamlessly together? It all began with a sweet, unassuming pop culture icon named Annette. That’s my logic, and I’m sticking with it. Am I too emotionally attached to be subjective or am I just strikingly insightful? And sure, we just opened Aulani, a Disney Resort and Spa, in Ko Olina, Hawai`i – but Annette was the “Pineapple Princess” four decades earlier and celebrated it on her album Hawaiiannette (now on iTunes). Hmmm. Did she somehow know? Okay, maybe that’s a bit of a stretch.