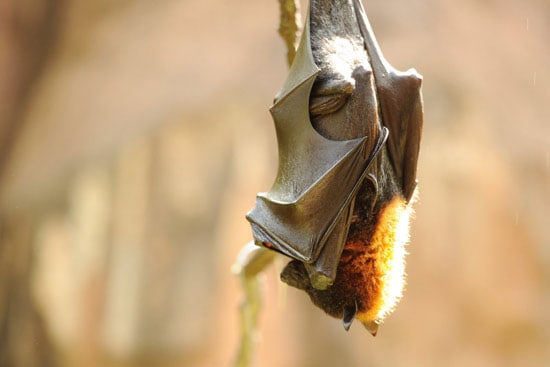 Most people fear bats. They are the animals people love to hate! Why? Because bats come out at night, fly into people’s hair, attack them and suck blood, right? And let’s face it, they fly all around and are hard to see and catch.

Bats really are the good guys! That’s why Disney’s Animal Kingdom is celebrating the Year of the Bat at Conservation Station on October 26 (9:30 a.m. – 5 p.m.). Family-friendly activities will feature our very own not-so-scary bat cave, where children will census bat populations. Guests also will be able to play a bat board game that highlights cool facts about bats, talk with Bat Conservation International staff, learn how Disney is helping bats through the Disney Worldwide Conservation Fund and meet our bat keepers who will introduce videos of our bat training program that ensures the best health and care for our bats.

Everyone has a bat story. My sister-in-law told me about a time she visited Mackinaw Island and everyone was told to run into their houses at dusk to avoid the bats that supposedly dived-bomb people. On the other extreme, a few friends and I made a point of sitting outside on Ngamba Island in Uganda, gin and tonic in hand, to watch the sky darken as huge numbers of bats flew out of the forest in search of insects over Lake Victoria. What a spectacular sight! As with most fears, once you know more about bats, the less feared they become. Most bats in the U.S. are insect-eaters that are highly beneficial, gulping down thousands of pesky flies and mosquitoes every night. Others are pollinators, re-growing trees and other plants for future generations.

Do you have a bat story? Share them with us here and we’ll post them at our Year of the Bat celebration.