It is with tremendous pride that I share the news that a member of my team, Anne Savage, Ph.D., senior conservation biologist at Disney’s Animal Kingdom, has been nominated to receive the Indianapolis Prize, the world’s leading award for animal conservation.

This award is presented every two years to a conservationist who has devoted his or her life to saving the Earth’s endangered species. Anne has been recognized for creating numerous programs that blend conservation and education to protect the cotton-top tamarin, a critically endangered one-pound monkey found only in Colombia, South America. Specifically called out by the nominating committee is Anne’s work in establishing August 15 as the “Day of the Cotton-Top, ” now a national holiday in Colombia, which has inspired a movement in that country to save the small monkey. Also cited is Anne’s work in establishing the eco-mochila program in Los Limites, in which plastic bags are crocheted into beautiful tote bags by local Colombian women. The program not only frees local forests of plastic-bag litter but employs more than 300 women, with the bags being sold in many venues, including shops at Disney’s Animal Kingdom. You can learn more about this program at www.proyectotiti.com. 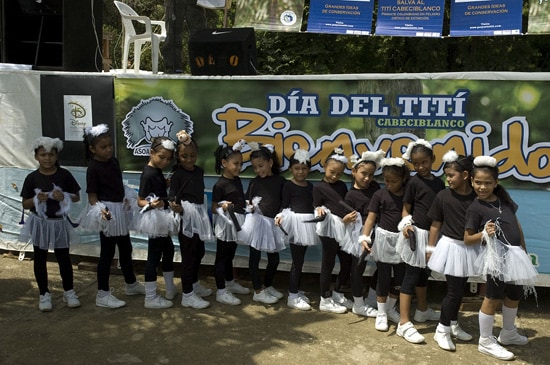 Here at Disney’s Animal Kingdom, guests may see Anne at the Wildlife Tracking Center at Conservation Station, where she and her team do real science with the fun twist that Anne is known for and inspire and inform guests about projects under way to protect and learn about such varied species as her beloved cotton-tops, sea turtles and African elephants. Guests can see cotton-top tamarins near The Tree of Life and at Rafiki’s Planet Watch.

In addition to receiving the $100,000 prize, the recipient also is awarded the Lilly Medal, an original work of art that signifies the winner’s contributions to conserving some of the world’s most threatened animals. The 2010 Indianapolis Prize was awarded to legendary elephant advocate Iain Douglas-Hamilton, who also was honored by the Disney Worldwide Conservation Fund in 2006. A diverse group of entertainment legends, scientists and philanthropists, including Jane Alexander, Harrison Ford, Marvin Hamlisch and Carl Hiaasen are lending their support as Honorary Chairs of the 2012 Indianapolis Prize.

I know I speak for the entire Animals, Science and Environment team when I say that we are incredibly proud of Anne and all she has done for the conservation of wildlife and wild places.