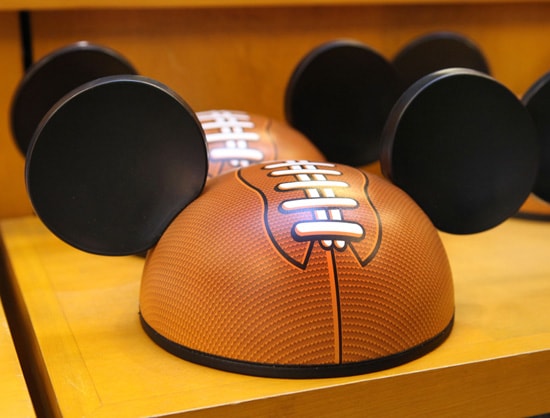 Fall has finally descended on Florida! It’s my favorite season for several reasons – cooler temperatures, fun festivals and events and college football on the weekends. I typically make one pilgrimage each fall to my hometown of Columbus, Ohio, to experience a game. During other fall weekends in Florida, I’m watching games on ESPN’s many channels. Interestingly, Disney has produced several animated shorts celebrating this classic game. One of the earliest is a black and white cartoon titled “Touchdown Mickey.” It was released in 1932 and features Mickey Mouse trying to score the winning touchdown against Pete and the Alley Cats (you can find it on the DVD set “Walt Disney Treasures – Mickey Mouse in Black and White”). You may also recall one of my favorites from “How To” series with Goofy titled “How To Play Football.” At Disney Parks, we have created a variety of football-themed items over the years including pins, t-shirts, hats and much more. During a recent visit to the Downtown Disney Marketplace in Florida, I photographed a few items that caught my eye.

There is a new football-inspired Disney Ear Hat. It is part of a trio of sports-themed hats which also include a baseball and basketball. The hat is made from a type of vinyl material which almost feels like a real football (though throwing it would be slightly difficult). 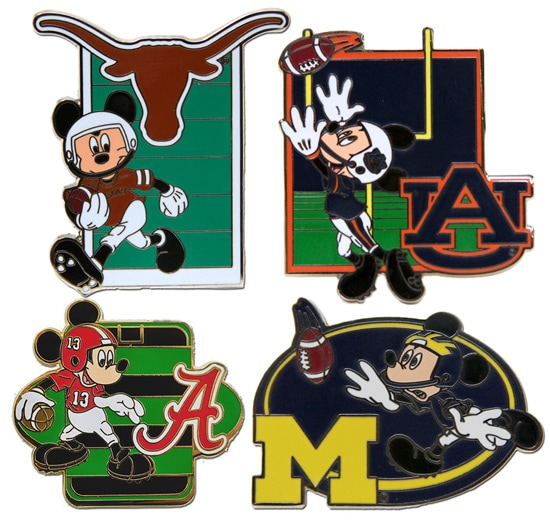 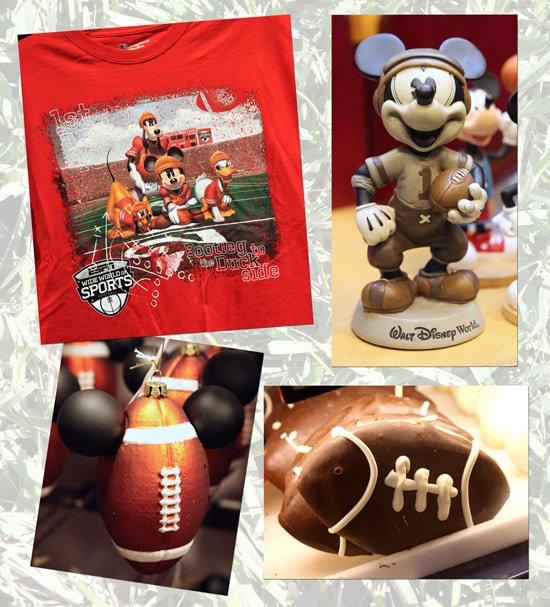 During my walk at Downtown Disney, I also found a football-shaped ornament in the Disney Days of Christmas location, a decorated football-shaped cookie at Goofy’s Candy Company and a bobble figurine at Team Mickey.

Besides college football, I also follow some teams in the NFL on occasion. My parents and relatives are from the Pittsburgh, Pa., area so you probably know which colors I’m wearing. Coming in early 2012, we have produced a series of three-inch Vinylmation figures featuring select teams from the NFL. They will be packaged in open window boxes so you can pick your favorite.

Speaking of favorites, who are you rooting for this year?