Happy Veterans Day to all who have served in the U.S. armed forces!

Please join us today in reflecting on all of those who have helped protect our freedoms, including these Disneyland Resort cast members: 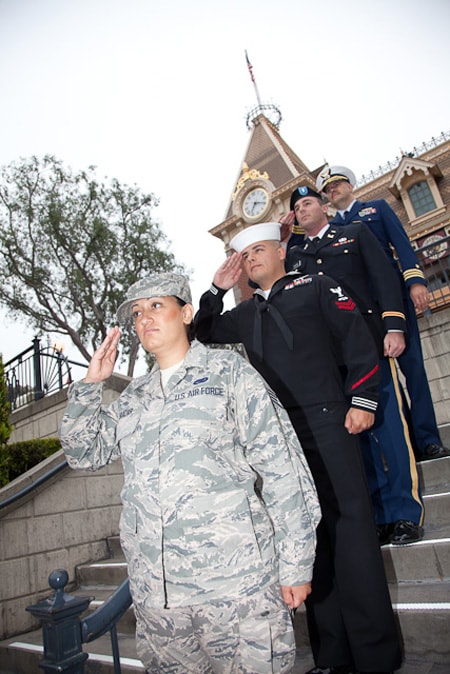 Elvia worked at the Disneyland Resort during high school and enlisted in the Air Force after a conversation with a fellow cast member. She was stationed abroad in Germany, Korea and Kirkuk, Iraq, where she spent nearly five months serving as part of Operation Iraqi Freedom.

When Alex joined the Navy he was excited about the opportunities on the horizon. Three tours later, Alex continues to passionately serve his country. A recent tour took him to Kuwait working hand-in-hand with the Army for Navy customs.

Inspired by the Sept. 11 attacks, Russell enlisted in the National Guard and embarked on his first overseas tour in August. He is currently on extended military leave in support of Operation Enduring Freedom, returning to work here at the Disneyland Resort next year.

Andy maintains his status as a Coast Guard reservist, proudly stepping up when called upon. Last year, he was deployed to New Orleans as part of the Deepwater Horizon oil spill relief efforts.