One item I have learned to give as gifts in recent years are gift cards – they are the perfect item for someone who can’t decide what to give. This year, there are some new Disney Gift Cards that feature one of my favorite holiday decorations – the nutcracker – in pin form. I spoke with Annie Lin, business development analyst with Disney Theme Park Merchandise, about the creation of this year’s cards. 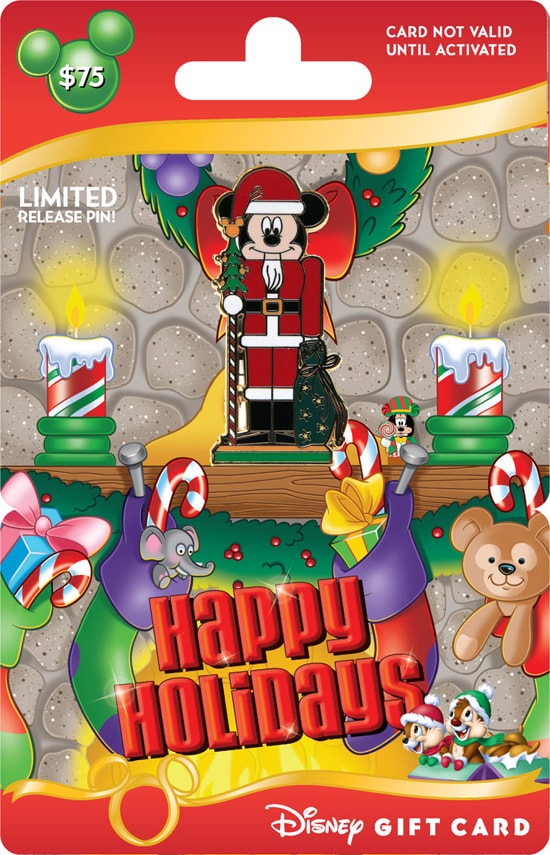 “This year’s Disney Gift Card series was inspired by a visit to the seasonal showroom at Disney Theme Park Merchandise,” said Annie. “Similar to previous years, we wanted a series of four cards that, when assembled, made a complete picture. During my visit, my leader and I saw some artwork featuring Mickey Mouse nutcrackers and thought they would make great pins.” 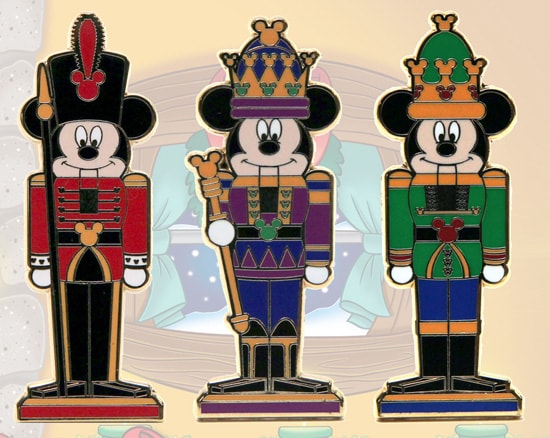 Annie partnered with Katie Meehan from Disney Gift Card Services and artist Angela Connelly to create the background image for the cards. There are four different cards, each containing one of four limited-release pins. Katie shared with me the complete image of all four cards placed side by side. One card contains a nod to some real merchandise found at Disney Parks.

“We thought it would be fun to add some images of real merchandise to one of the cards,” Annie said. “If you look carefully on the ‘Happy Holidays’ card you will see the Goofy holiday Vinylmation created for this year, a Duffy the Disney Bear, and Chip and Dale as plush.” 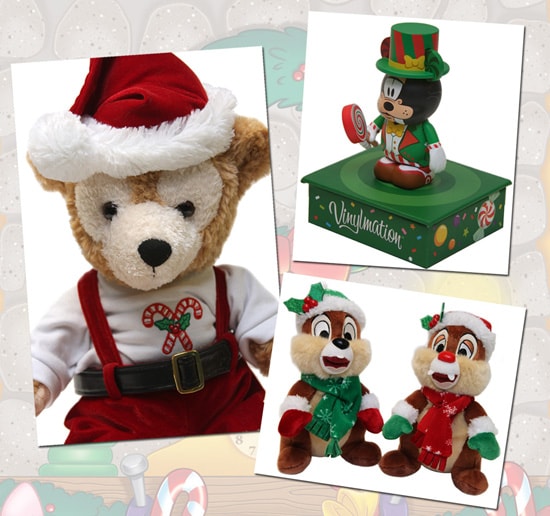 The new cards are scheduled to arrive at Disney Parks toward the end of November. They will be carried in select locations in the four Walt Disney World Resort theme parks and at Downtown Disney in Florida, and they will be sold at select locations at Disneyland park, Disney California Adventure park and Downtown Disney in California. The nice part about Disney Gift Cards is they are good for practically all-things Disney. That’s wonderful news for when I visit Aulani, a Disney Resort & Spa. That’s a hint, Santa; I promise I’ve been good!