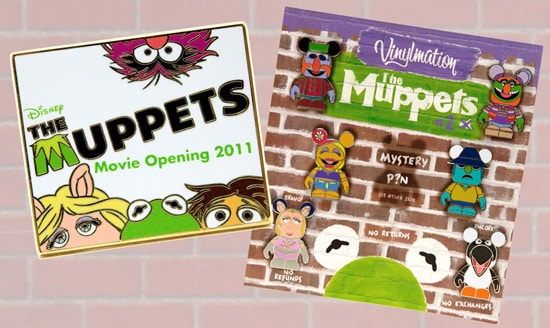 Being a long time fan of The Muppets, I’m beyond thrilled that their new movie will be arriving in theaters on November 23. I recall seeing their first motion picture as a child, so I can’t wait to take my children. My fellow Disney Parks Blog author Michelle Harker recently told you about a special event on November 18 at Disneyland Resort celebrating the Muppets. I figured it was a good time to look at some of the other new Muppets merchandise coming to Disney Parks.

My first stop was my office neighbor Julie Young who develops Disney Pins. The pin pictured above is one of the only items created for Disney Parks celebrating the new film. It has an edition size of 1,500 and will be released at both Disneyland and Walt Disney World. Julie also showed me the Vinylmation – Muppets Series Two mystery pin set coming in Spring 2012. 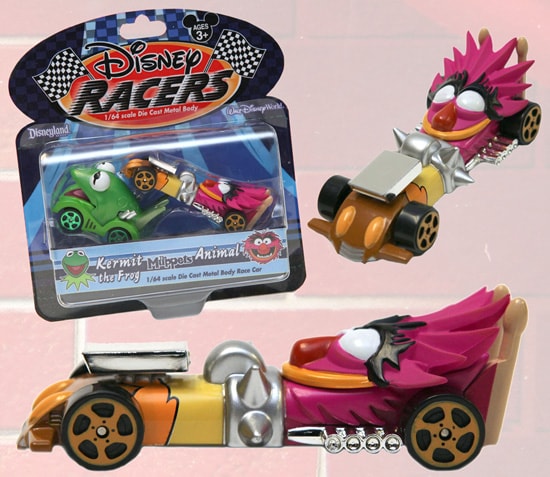 A new Disney Parks Racer inspired by Animal will also be arriving next spring. It will only be sold in a special two-pack set along with a Kermit the Frog Racer. 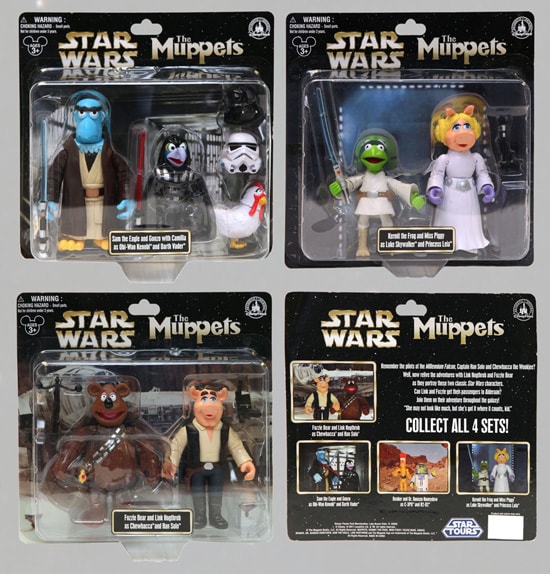 But racing into locations even sooner are four new action figure sets featuring The Muppets as characters from Star Wars. You may recall that I gave you a first look at these new figures this past June. The image above contains the three remaining sets (including my favorite with Sam the Eagle as Obi-Wan Kenobi – both favorite characters of mine). I particularly like the images on the back of the packaging that place the Muppets into scenes from the Star Wars universe. 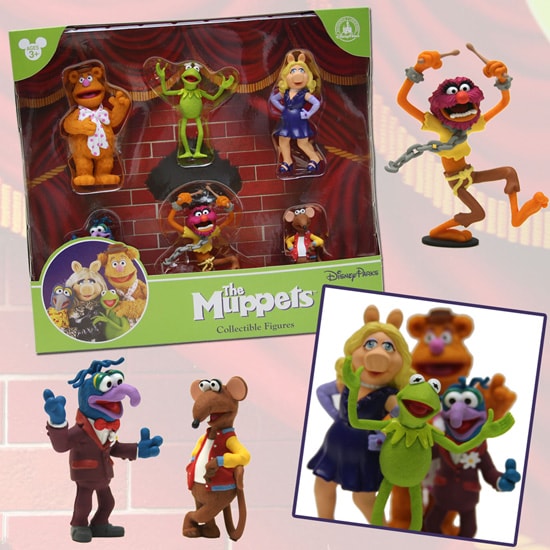 Finally, Cody Hampton, associate product developer for toys and games, showed me a new Muppets figure set that is arriving in Spring 2012. We have created several figure sets over the years. The thing that impressed me the most with this new set is the attention to detail. I think I know what I am getting my son for his birthday now.

Look for these sets and other Muppets related items in a variety of locations throughout Disneyland and Walt Disney World. I hope you enjoy the film as much as I will.