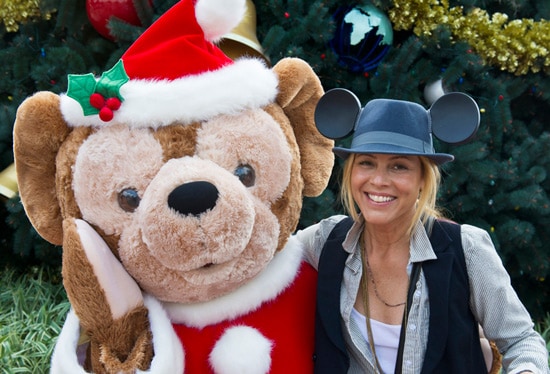 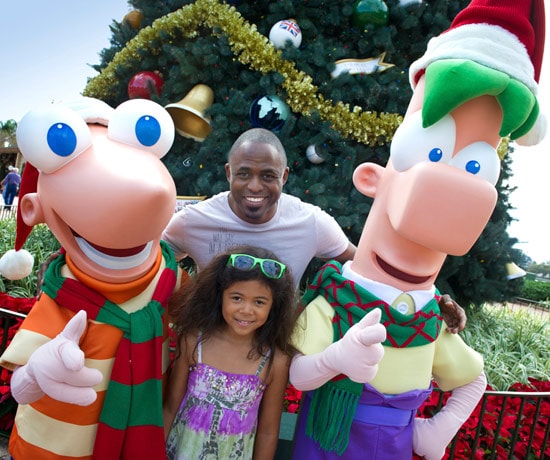 Phineas and Ferb donned their holiday best to visit with Emmy Award-winning entertainer Wayne Brady and his daughter Maile. Maile’s sunglasses complemented the color of Ferb’s hair quite nicely, in fact. Duffy the Disney Bear put on his Santa hat to visit with actress Maria Bello near his home in Epcot. Maria, who portrays a fedora-wearing detective on her crime drama series “Prime Suspect,” wore a special mouse-eared fedora for her photo with Duffy. Our pal Rafiki had the chance to “monkey around” with funnyman Seth Rogen at Disney’s Animal Kingdom, as the actor, comedian and voice actor visited Walt Disney World Resort for the weekend.