This Week in Disney History: Mickey Debuts in the Macy’s Thanksgiving Day Parade

The ad read, “See gigantic balloons designed by none other than Walt Disney, creator of Mickey Mouse himself!”

It was New York City, 1934, and Mickey Mouse was about to make his grand debut in the Macy’s Santa Claus Parade (now Macy’s Thanksgiving Day Parade). 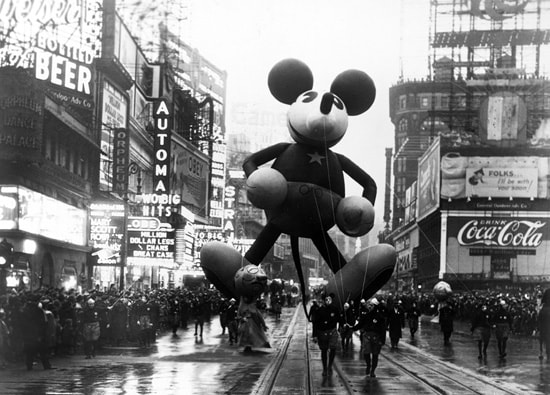 The first Mickey Mouse balloon was a collaborative effort between Walt Disney and Macy’s Tony Sarg, who years earlier applied the principles of marionette puppetry to invent the type of parade balloons we know today. This Mickey was easily one of the biggest that Disney had produced yet, hand-painted and measuring in at 40 feet tall (the star on his chest is a nod to the Macy’s logo).

Mickey was led in the parade by a team of 25 handlers who were festively dressed in Mickey/Minnie costumes. A smaller Pluto balloon, a 34-foot-tall Big Bad Wolf, a 31-foot-tall Little Pig, and a 12 ½-foot-tall Horace Horsecollar followed along in the 1934 procession.

In the years since, Mickey and other Disney characters have marked company milestones – many of them related to our theme parks – by appearing in the parade. 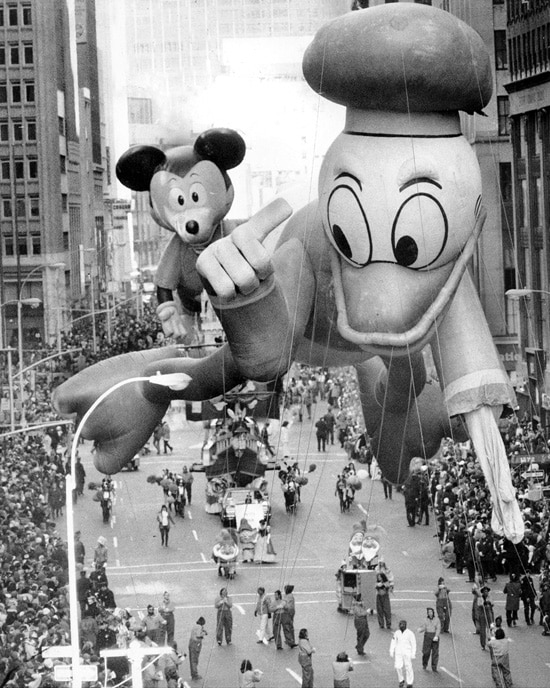 Mickey and Donald Duck (who debuted in 1935) appeared together in 1972 to celebrate the first anniversary of Walt Disney World Resort. Mickey returned again in 1973 to mark 50 years of Disney cartoons. 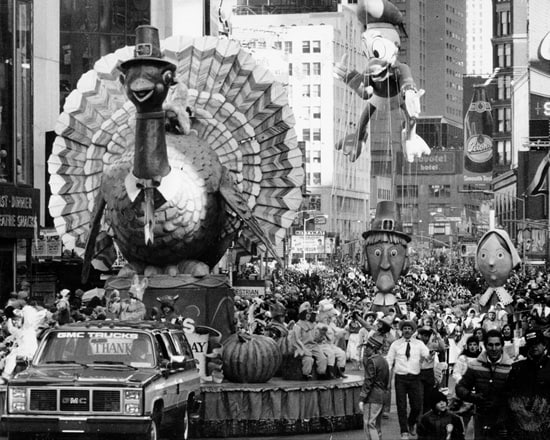 In 1984, Donald Duck marked his 50th birthday in the parade, following along right behind the procession’s classic Tom Turkey float. 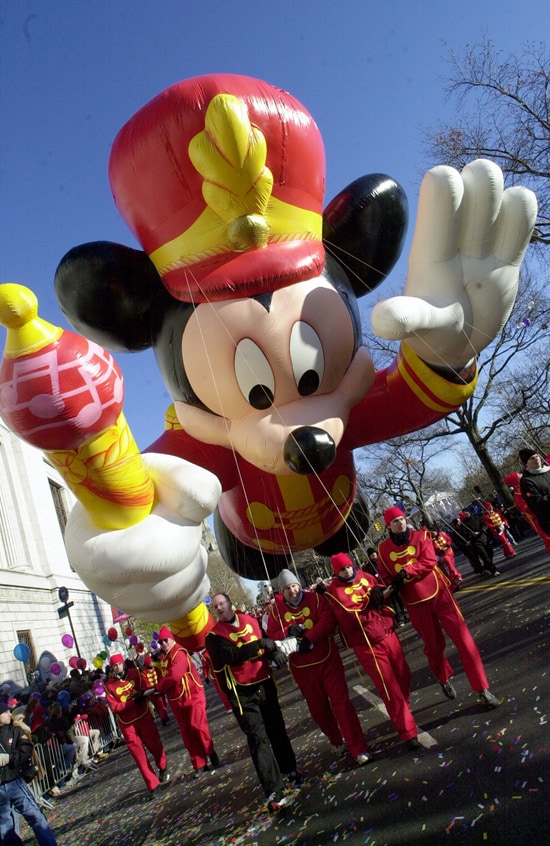 In 2000, a new Bandleader Mickey balloon had the honor of leading the first parade in the new millennium. 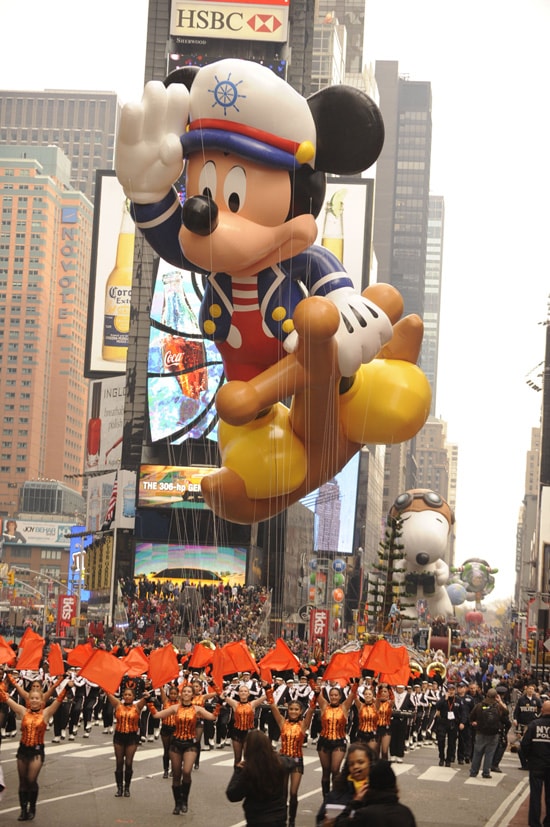 Most recently, Sailor Mickey debuted in the parade in 2009 and 2010 to mark the announcement of Disney Dream and Disney Fantasy cruise ships.

Be sure to look for Sailor Mickey again in this year’s parade, who will celebrate the upcoming debut of the Disney Fantasy ship!